A research group that included Assistant Professor Yusuke Kobayashi of the Ibaraki University Graduate School of Science and Engineering, Professor Yasuhiko Sekine and Assistant Professor Masaki Odahara (now at RIKEN) of the Rikkyo University College of Science, and other researchers from the National Institute of Genetics, RIKEN, Kyoto University, and the National Institute of Advanced Industrial Science and Technology have uncovered part of the mechanism for repairing damaged mitochondrial and chloroplast DNA in plants.
Mitochondrial and chloroplast DNA encode genes that are important for respiration and photosynthesis. Therefore, accumulation of damage in these organelle DNA impairs respiration and photosynthesis activity, thereby leading to plant death. However, until now little has been known about how this damage is repaired.
In this study, the research group revealed that the enzyme MOC1 is involved in homologous recombination, which is a common mechanism for repairing the DNA in plant mitochondria and chloroplasts.
These findings were published on September 25, 2020, on the website of "Plant Physiology," the journal the American Society of Plant Biologists, and will later be officially published in the journal.

The plant cells that support so much of the life on Earth contain organelles called mitochondria and chloroplasts that perform respiration and photosynthesis, respectively. These are believed to have first appeared 1-2 billion years ago out of the symbiosis of proteobacteria and cyanobacteria in cells, as each possesses its own unique genomic DNA. Mitochondrial and chloroplast DNA encode genes that are important for respiration and photosynthesis. Therefore, accumulation of damage to the organelle DNA impairs respiration or photosynthesis activity, eventually killing the plant. However, the mechanism for repairing organelle DNA damage was largely unknown in plants. 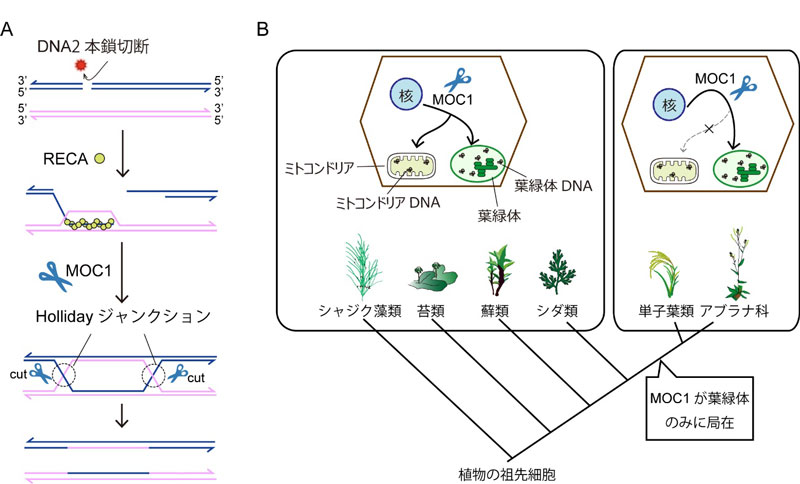 Figure 1. DNA repair mechanism of plant mitochondria and chloroplasts, and its evolution

Next, the group focused on the fact that MOC1 is widely conserved in algae and plants, and examined whether MOC1 also functions in mitochondria. Predictions using programs and experiments suggested that MOC1 is found in mitochondria as well as chloroplasts in Charales, liverworts, mosses, ferns, and some spermatophytes. The group investigated the involvement of MOC1 in mitochondrial homologous recombination using Physcomitrella patens, a moss with MOC1 localizing both in chloroplasts and mitochondria. The investigation revealed that mutations were highly accumulated in both chloroplast and mitochondrial DNA in P. patens MOC1 gene mutants, which significantly inhibited plant growth.

* This study was funded by grants including a government grant-in-aid for scientific research, Japan Society for the Promotion of Science grant (18J01993), young researcher grant (20K15812), and basic research A grant (17H01446).