Twenty-three Rikkyo University students visited the United States on March 1-8 under the Kakehashi Project, a youth exchange program created by Japan's Ministry of Foreign Affairs to promote deeper mutual understanding between the people of Japan and the United States.

At the tomb of Bishop Channing Moore Williams in Richmond, Va.

The Kakehashi Project promotes mutual exchanges of young people in Japan and North America to facilitate understanding in the region about Japan’s politics, society, history and foreign policy, and to communicate accurate and up-to-date information about Japan and its charms.

In the 2019 academic year, Rikkyo University was chosen as one of the universities that would send students to North America. The 23 students were selected from the university’s various colleges and engaged in preparations for exchange programs and presentations in the United States. Due to changes in the social environment, there were major revisions in the program, such as places to be visited. But the ministry decided to carry out the program itself, and the delegation departed for the United States on March 1.

After arriving in Washington, D.C., they visited Japanese companies and the Japanese Embassy, among other places. The participants received a lecture from Mr. Gerald Yamada, who was born in a Japanese internment camp during World War II, on the history of the Japanese-Americans in the United States, including the situation in the internment camps. They also attended lectures about graduate schools at American University and enjoyed a tour of the campus. 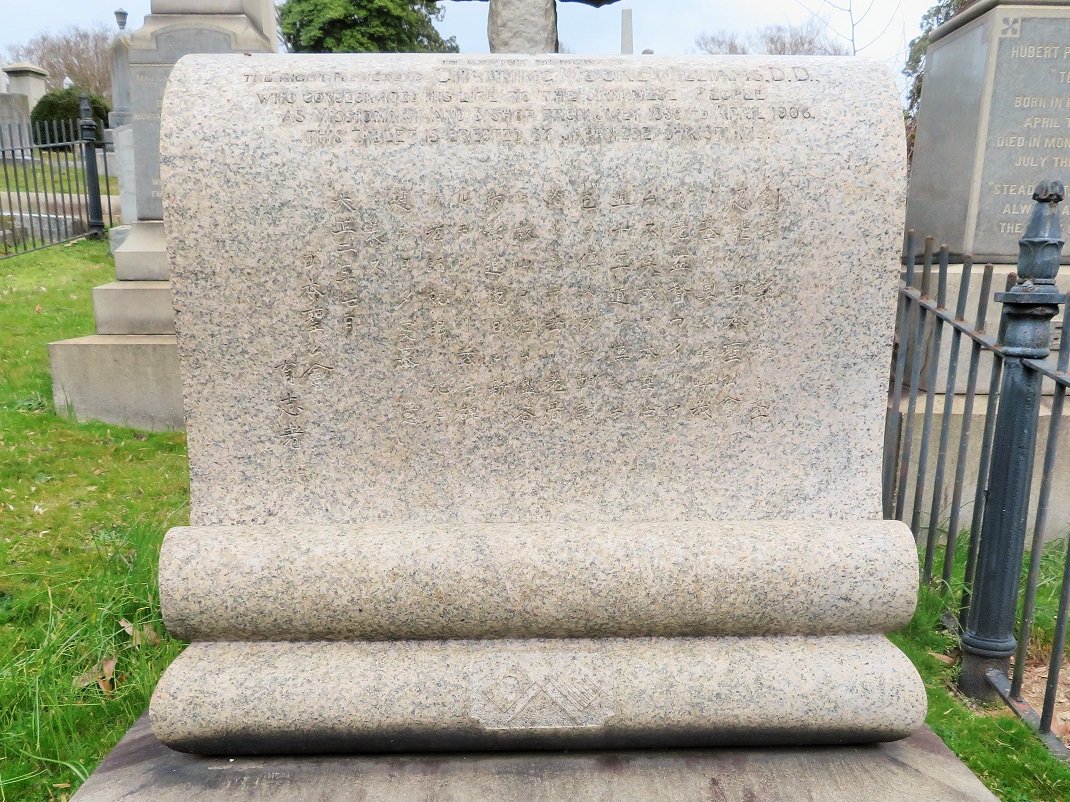 A monument at the tomb of Bishop Channing Moore Williams, inscribed in Japanese in 1913 by volunteers from the Nippon Sei Ko Kai (the Anglican Episcopal Church in Japan).

On March 6, the students moved to Richmond, Virginia. Unfortunately, they were unable to visit Randolph-Macon College and have an exchange with its students, as had been scheduled. However, they were given the chance to receive a lecture by Professor Lauren C. Bell, who teaches political science at the university. Later, the group visited the tomb of Bishop Channing Moore Williams, the founder of Rikkyo University, at Hollywood Cemetery in the city. They returned to Japan on March 8.

On the primary purpose of the project, which is introducing Japan’s various charms, we will continuously send information until the end of May through the Instagram account of the Kakehashi Project (https://www.instagram.com/rikkyo.kakehashi/). 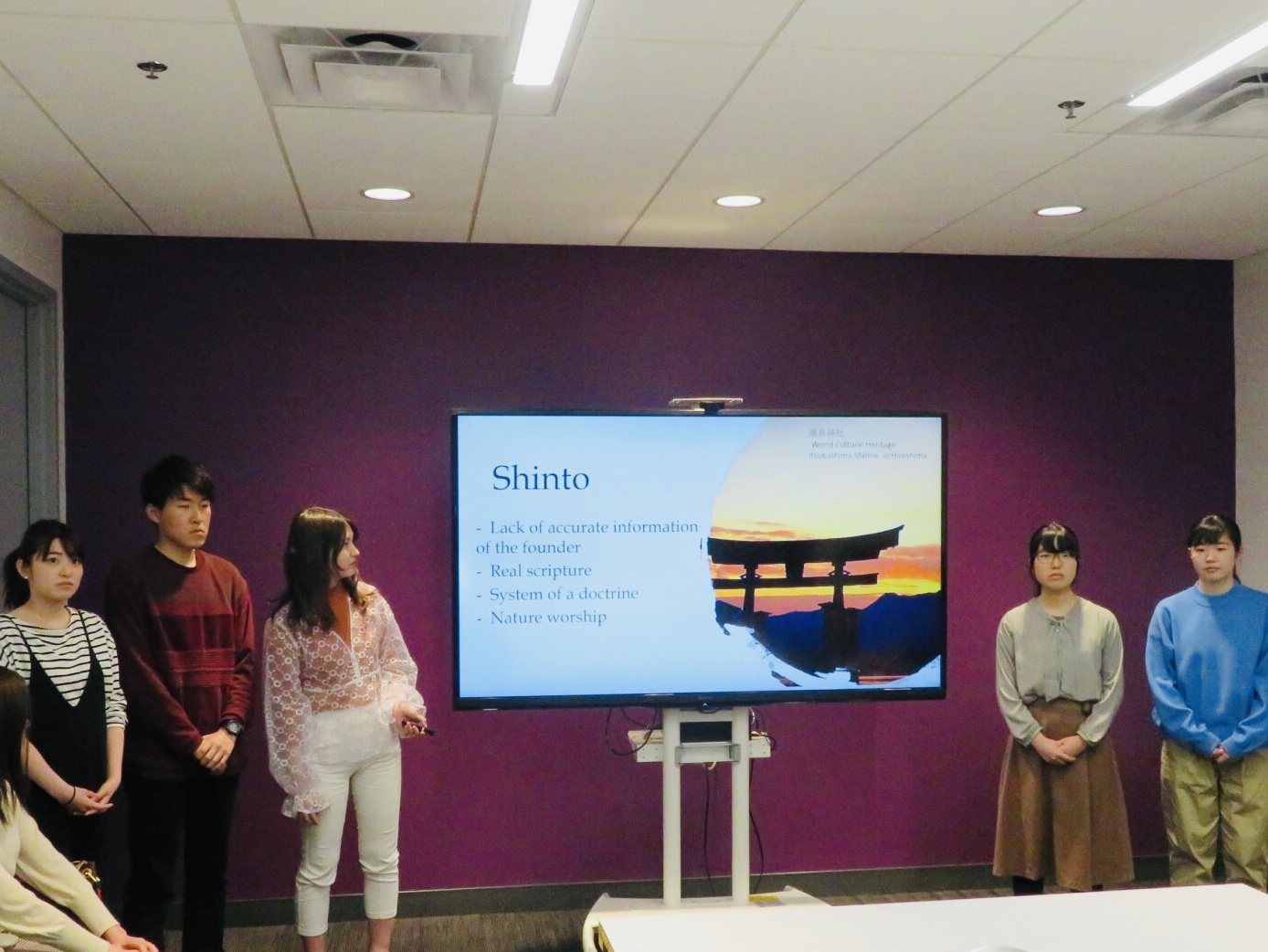 Students explain about Japanese culture during their presentation. 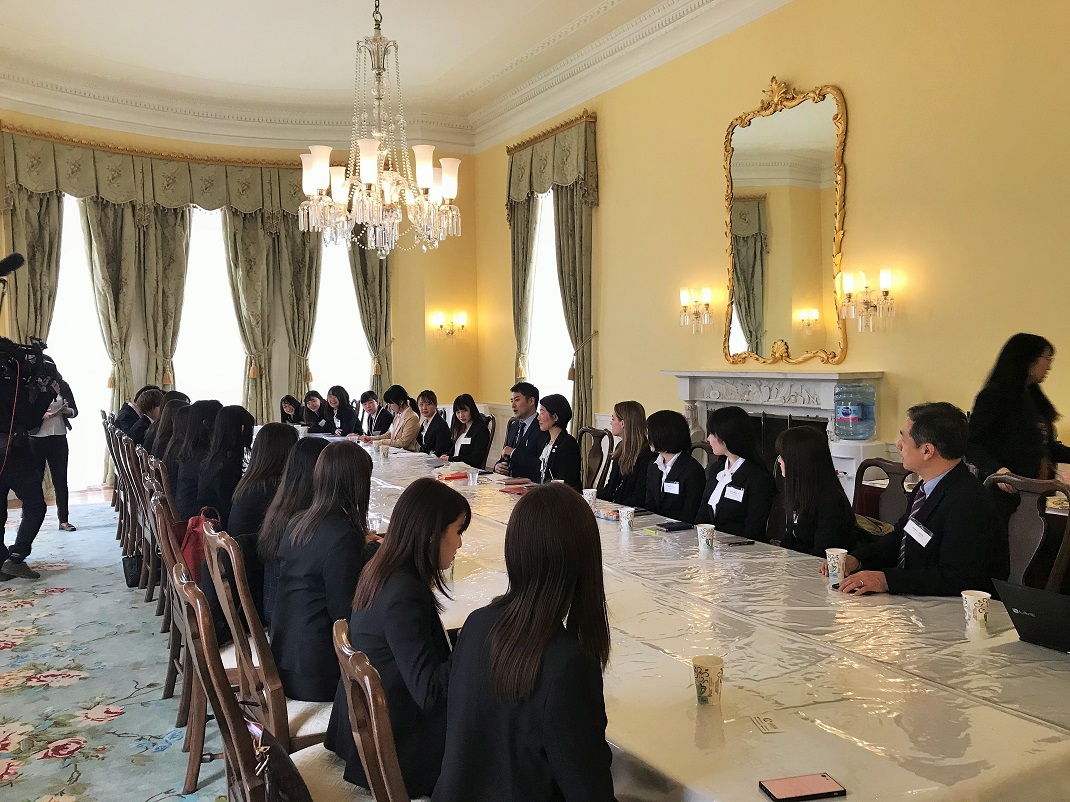