Rikkyo University has been ranked 14th amongst Japanese universities in the 2019 World University Rankings compiled by Times Higher Education (THE), a specialist higher education magazine in the U.K. It was the first time that Rikkyo University had provided data for the survey, the results of which were released on September 26th. 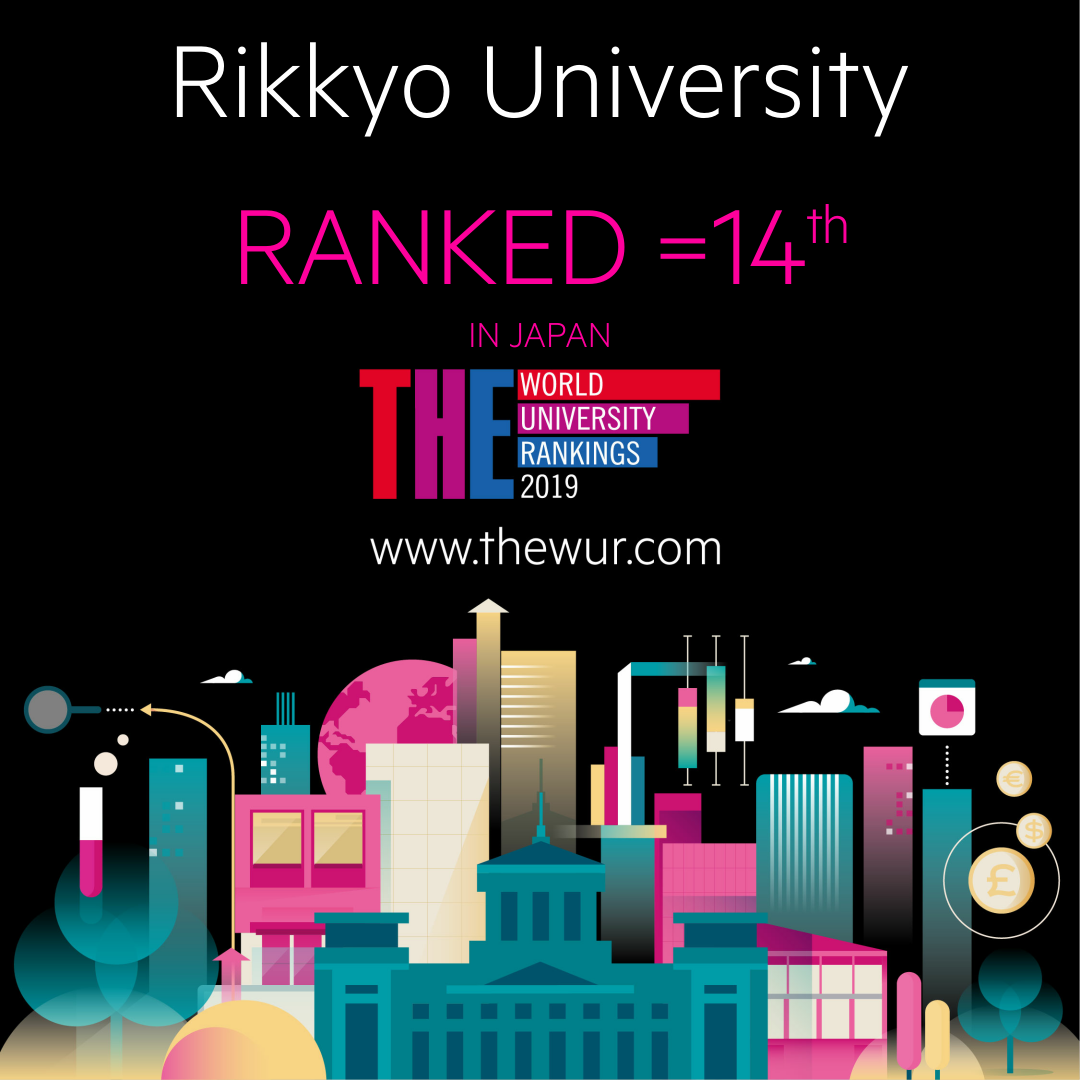 The 2019 Times Higher Education World University Rankings represents an overall ranking of 1258 universities from around the world based on scores evaluating Teaching, Research, Citations, Industry Income and International Outlook.

A total of 103 Japanese universities were ranked in 2019. The top places were occupied by universities with medical schools, while Rikkyo ranked firmly at number 14.

For further details, access the official THE site below.