Japanese asteroid explorer Hayabusa2, which is carrying a telescopic camera and two wide angle cameras Professor Shingo Kameda of Rikkyo University’s College of Science and undergraduate and graduate students from his laboratory contributed to develop, reached its destination, the asteroid Ryugu, on June 27. The camera has sent high-precision images of the asteroid 2.8 million kilometers from Earth (see image at right). Hayabusa2 will be hovering about 20 kilometers from the asteroid to take photographs for several months to determine a landing site to collect a sample. 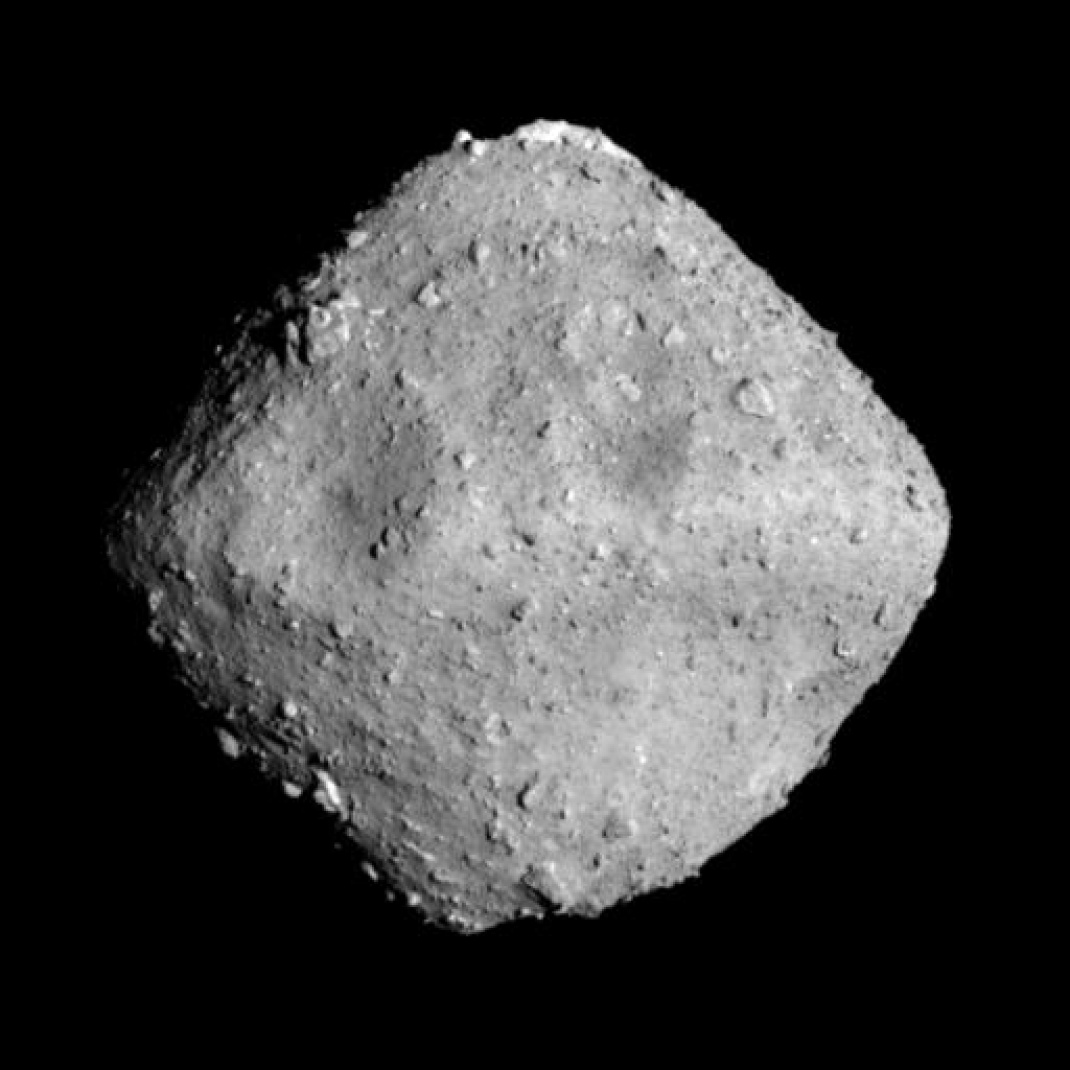 An image of the asteroid Ryugu taken by the Optical Navigation Camera on June 27. ©JAXA

Hayabusa2 was launched in December 2014 to explore Ryugu and return to Earth with specimens from the asteroid. The aim of the Optical Navigation Camera (ONC), which Professor Kameda and his students contributed to develop, is to observe the distribution of hydrous minerals and organic matter. Based on data accumulated by the camera, the Japan Aerospace Exploration Agency (JAXA) will decide on a landing site for the explorer. The camera was also used to help Hayabusa2 navigate safely to the asteroid.

Professor Kameda’s team joined the Hayabusa2 Project in December 2011. Starting in January 2012, the team conducted performance experiments of the cameras. An experimental equipment developed mainly by the students was used for a final test that JAXA conducted at the agency’s Sagamihara Campus in March and April 2014. Data obtained in the tests are being used to analyze images of Ryugu and confirmed no satellites more than 50 centimeters in diameter are around the asteroid. Two graduate students from the Kameda laboratory – Keiichi Moroi, a second-year student in the master’s program; and Marika Ishida, a first-year student in the master’s program – took part in the analyses.

Hydrous minerals and organic matter are thought to be among the constituents that compose Ryugu. After gathering information on the distribution of hydrous minerals based on the camera’s spectroscopic observations, JAXA will determine the landing site for collecting a sample. The project aims to help unlock the mysteries behind the birth of life by exploring the origin of organic matter, which eventually formed life on Earth.

Rikkyo University actively participates in space science projects. In addition to the Hayabusa2 program, the university has cooperated in such projects as the Venus climate orbiter AKATSUKI, Mercury magnetospheric orbiter MIO and MMX (Martian Moons eXploration), with students also taking active roles at the forefront of science. Furthermore, the university will hold “JAXA Space Science and Technology Lectures” from this academic year with cooperation from JAXA, which will send researchers involved in its space science projects as lecturers on cutting-edge space science as well as technology needed to conduct scientific observations.
(This study was subsidized by JP16H04059 and JP17KK0097 of grants-in-aid for scientific research from the Japan Society for the Promotion of Science.)