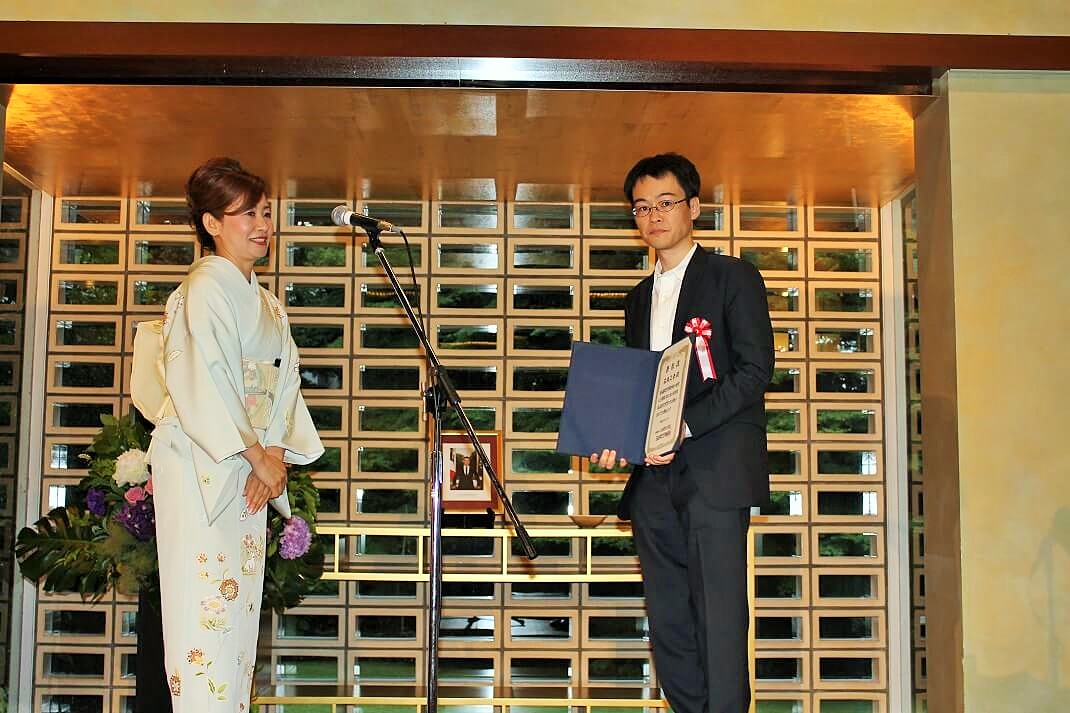 Associate Professor Ishibashi receives a certificate at the award ceremony.

The Japanese-French Translated Literature Prize was established in 1993 by the Konishi Foundation for International Exchange, an organization dedicated to cultural exchange between Japan and France. The prize is given to excellent translations of books from French to Japanese and from Japanese to French. Nao Sawada, a professor in the Department of Letters Course in French Literature, was awarded the prize in 2010.