Kent Ito (Employee in charge of the Americas and Hong Kong at Overseas Business Department of Calbee, Inc., and a 2015 graduate from Department of Social Work, College of Community and Human Services)

Kent Ito, who graduated from the College of Community and Human Services, now works in a career that takes him around the world. The following is an excerpt from an interview with Ito.

Which small-group seminar class were you enrolled in at Rikkyo University?

Students at the College of Community and Human Services usually join a seminar class in their third year. But because I was studying abroad at that time, I did not attend such a class.

Instead, I took interdisciplinary classes called the “university-wide curriculum.” (This is now known as “university-wide liberal arts subjects.”) One of these classes taught by Professor Kazuo Oishi, who specialized in mental health and positive psychology, left an indelible impression on me.

Professor Oishi’s class taught me that I could reduce my mental burden by changing my way of thinking. This involved changing my mindset from “there is no point doing a certain thing” to “I will gain something since I am doing it.” Taking a positive approach to everything struck me as a revolutionary idea. After I entered society as an adult, I often hear that “nothing is useless.” Professor Oishi taught us his ideas, which were encapsulated in this phrase, in an easy-to-understand manner.

Why did you choose Rikkyo University?

Because I like the school spirit and university-wide curriculum. I was also attracted by the fact that students here can take classes in other Rikkyo colleges and faculties. I juggled my schedule so I could attend classes in other colleges taught by teachers specialized in various fields. To make the most of this system, I took classes on the Ikebukuro and Niiza campuses.
×

Had you decided to study abroad when you entered Rikkyo University?

My family has never lived abroad, but my name “Kent” can be easily remembered and pronounced by people overseas. When I became old enough to understand what is happening around the world, I started to imagine what it would be like living in another country. I was planning to study aboard when I entered Rikkyo University, so I took as many classes as possible in my first and second years.

I also did an internship and later worked part-time in a role serving guests at a foreign-owned hotel for two years, which significantly influenced my career. The hotel was not seeking interns, but I phoned up and said, “I don’t have many skills, but I want to broaden my knowledge by working in a place where I can interact with talented people.” The hotel accepted me as an intern, and I met the general manager, which was a stroke of luck. It completely changed my outlook on life.

The general manager never failed to thank people. He put himself in the position of whoever he was talking to, regardless of their race and age. I had never met such a considerate person and found myself wanting to be like him. I am interested in connecting with people in a world outside my comfort zone. It was my curiosity, and a desire to associate with people I can meet only by jumping into an unfamiliar world, that made this connection.

Did you go abroad to study out of curiosity and your interest in new encounters? 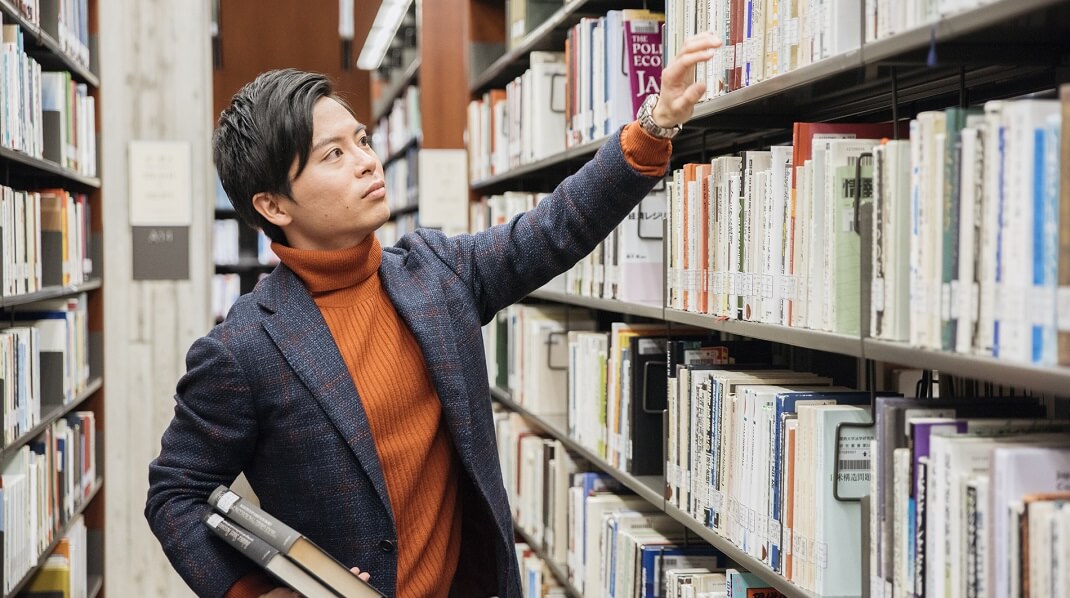 Yes. The first time I went abroad was in 2013 when I was a third-year student. I went to Kent State University in Ohio through Rikkyo University’s outbound exchange program. Coincidentally, the university’s name is the same as my name. That turned out to be very helpful. People remembered my name the moment I told them! If I had a different name, things might not have gone so smoothly.

I met a Kent State University professor who was a specialist in human communication. He later introduced me to a family in Colorado, where I stayed for a while. But initially, my English ability was limited to a simple self-introduction.”

How did you overcome your inability to speak English?

I came up with an idea to make a “friend calendar.” Basically, the calendar was for scheduling to meet people each week and recording what happened at these meetings.

If I had six hours of free time after classes, I divided this into three two-hour sessions. In each session, I concentrated on having conversations with students I met in class, friends’ friends and various other people. Initially, it was all one-on-one communication, but as I got used to it, I changed the meeting format by expanding the ages of people I spoke to and increasing the number of participants. Eventually, I asked 10 people from different backgrounds, with knowledge in different fields, to attend a session. That was the biggest reason my English conversation skills improved in such a short time. Overall, I think I talked to more than 2,000 people.

I took great care not to forget the names of people I talked to. I recorded what kind of person they were, where and when we met and their hobbies, if I could. It would be wonderful if I could carry on conversations with them the next time we meet.

I did this not only to learn English but also to make me mature as an adult. I think that environment changed me a lot.

You now work at Calbee. How did your job-hunting activities go?

I contacted mainly shipping industry companies, general trading houses and manufacturers. More than anything, I was seeking a company that could offer an environment in which I could be an important player on a large stage from the day I joined. Calbee is well-known, but I felt its sales and scale are, in fact, smaller than other major foodmakers with the same degree of public recognition. I was only a student, but I sensed that Calbee was an attractive company with potential to grow further.

While I was job hunting, Calbee Chairman Akira Matsumoto said something that left a strong impression on me. Chairman Matsumoto is a top corporate leader who has forward-thinking views, and he believes Japanese companies need to bring in fresh ideas of foreign-style management. He talked about work-style reform and promotion of diversity but also made raising Calbee’s proportion of overseas sales to 30 percent a top priority.

Each employee makes a commitment to reach specific numerical targets in a contract called C&A, and the top company leader himself was orchestrating efforts to put top priority on the overseas market. These aspects of Calbee, as an organization, inspired me. I decided to join Calbee because I thought I could build my career as the company expanded globally and gain something that I could not gain elsewhere during this growth period.

Did you use Rikkyo University’s Career Center?

I used the center two or three times as much as other students did. The mock interviews organized by the center were particularly useful. Lecturers from outside the university served as interviewers, which allowed students from different years and departments to face a tension-filled situation similar to an actual job interview. I think putting myself in a situation from which I could not possibly escape was more important than anything else. I also actively attended company briefing sessions held on campus.

What kind of work do you do? 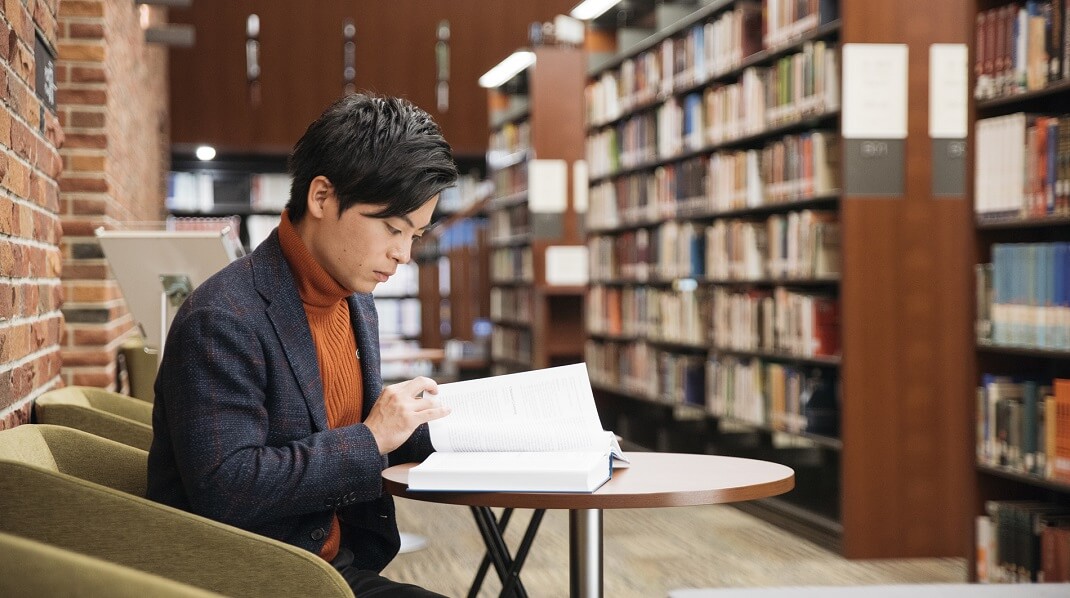 My work differs depending on whether Calbee has a local office in a foreign country. In South American countries, where the company wants to establish offices, we have to start with marketing or market research before registering a company with the local authorities. If we think the market is viable, we register and establish a company. Then we have to employ people, develop packaging and product tastes that match local people’s preferences and do business promotions with partners. Plus we have to consider logistics and distribution. I am responsible for different tasks depending on the timing and phase of a project. I am sort of a “jack-of-all-trades” or “generalist.”

Calbee already has companies registered in the United States and Hong Kong. Since we have foundations there, we can execute various business operations. So my work often involves looking inside the company rather than outside. My main task is business management. For example, I think about how customer feedback should be reflected to improve products, which is quality control, and how to reduce costs.

Did you want to work in the Overseas Business Department from the beginning?

Yes. Calbee has various personnel placement systems, one of which is a “draft meeting.” Before entering the company, would-be employees talk about what they have done as students and their dreams in front of general managers of departments, just like a player in a professional baseball draft. Would-be employees outline their unique talents by saying something like, “I have done such and such, so please hire me in your department.” I told them what I have talked about in this interview and said I wanted to work in the Overseas Business Department.

Do you think what you learned or experienced at university has helped you in your job?

Well, I still cherish that comment Professor Oishi said about changing one’s mindset from “there is no point doing a certain thing” to “I will gain something since I am doing it.”

For example, in a Hong Kong-related project I am handling, I do a lot of paperwork such as preparing customs documents to buy materials and communicating with freight forwarders. Whenever I start to harbor doubts and think, “For what or whom am I doing this?” I recall Professor Oishi’s phrase and try to rev myself up. There are some things you can see only by not being caught up in emotions and instead having a broad perspective.

If you were to reenter a university, would you pick Rikkyo University?

Yes, I think so. Rikkyo University provided a good environment that allowed me to choose my own path, including the university-wide curriculum and studying overseas. I chose to attend this university when I was a third-year high school student. Looking back, my decision was the right one. It is an open university that gives you freedom to do what you like to do.

What are your aspirations?

To be honest, I have not completely decided on my future path. One goal is to work overseas. I am not saying I have to go abroad per se, but I would like to see how much I can contribute to the company in an environment with people of different races and cultures. I was offered an overseas position before, but I declined it after thinking hard about it for two weeks. I considered all the details and judged that I would not gain anything if I went then. If I were a university student, I would have nodded straight away and gone abroad without thinking. My immediate goal is to gain self-confidence and develop some unrivaled skills before being stationed overseas.
*This article is based on an interview with Mr. Kent Ito and includes his personal views.
*This article is a reorganized version of an advertising feature carried on Asahi Shimbun Digital from February 5, 2018. The content was correct at the time of the interview.

Moved by The Fiend with Twenty Faces