The Ministry of Education, Culture, Sports, Science, and Technology (MEXT) on November 2, 2021, announced the selection of its fiscal 2021 “Inter-University Exchange Project (Re-Inventing Japan Project): Support for the formation of Collaborative Programs with Universities in Asia (working title).” Of the proposals submitted to the ministry by other private universities., only Rikkyo University’s program was adopted.

MEXT’s Inter-University Exchange Project aims to further strengthen Japanese universities’ global reach by building a higher-education network in strategically important countries and regions. It also aims at ensuring the world-class quality of university education to cultivate outstanding human resources who can play active roles globally. The project is attempting to build a network with higher educational institutions in countries and regions with strategic importance for Japan. It provides financial assistance, mainly to projects aimed at forming international educational collaboration and networks that promote exchanges between Japanese students with their counterparts abroad (whose quality must be guaranteed), and facilitates strategic recruitment of outstanding international students.

The Campus Asia Plus Program, a new program for which applications were solicited by MEXT, requires universities to form an intercollegiate consortium of universities connecting more than four countries or regions from among Japan, China, South Korea, and Association of Southeast Asian Nations members. Seven universities submitted applications under the program, but Rikkyo University was the only private university whose application was accepted.

The university considers this consortium initiative a core project succeeding one adopted in 2014 for MEXT’s Top Global University Project, and will work harder to globalize its education.

Outline of the program 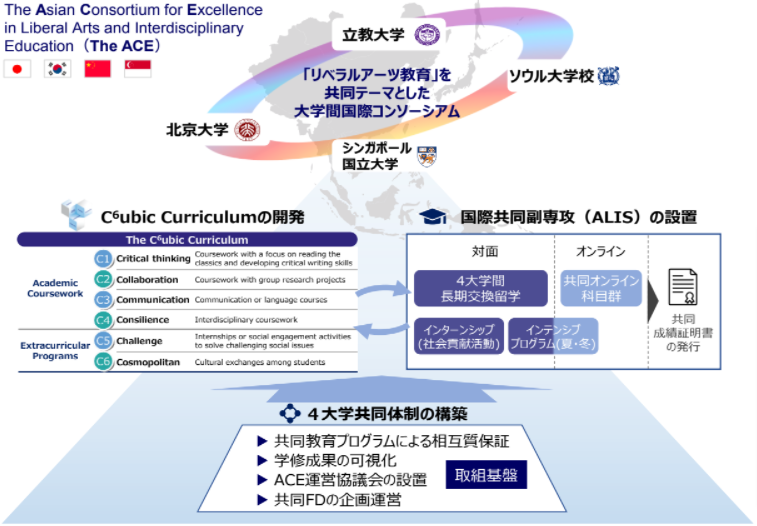 Human resources to be cultivated to develop globally competitive talents
Global leaders from Asia who can build the future together
Six core skills
Power of thinking
Power of innovation
Power of empathy and collaboration
The whole world
East Asia, ASEAN
Liberal arts 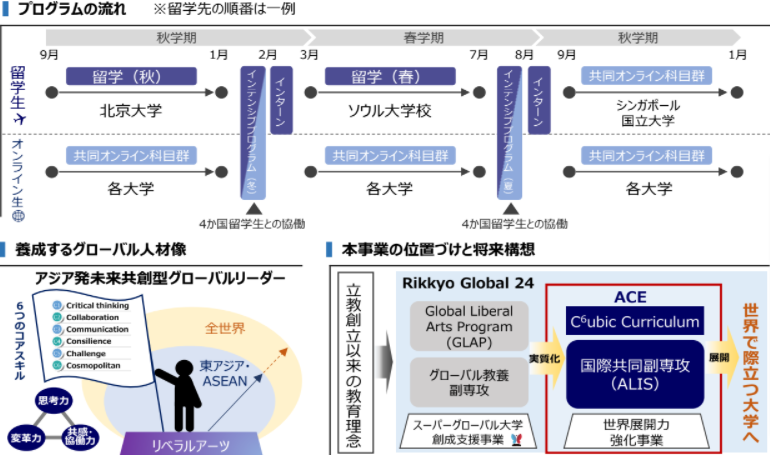