A team from the seminar by Professor Naoki Iwatsuki of the Faculty of Law came third in the respondent memorial (written argument) category and fourth in the oral proceedings at the Japan National Round for the 2021 Philip C. Jessup International Law Moot Court Competition, which was held online from Feb. 12 through Feb. 14, 2021. 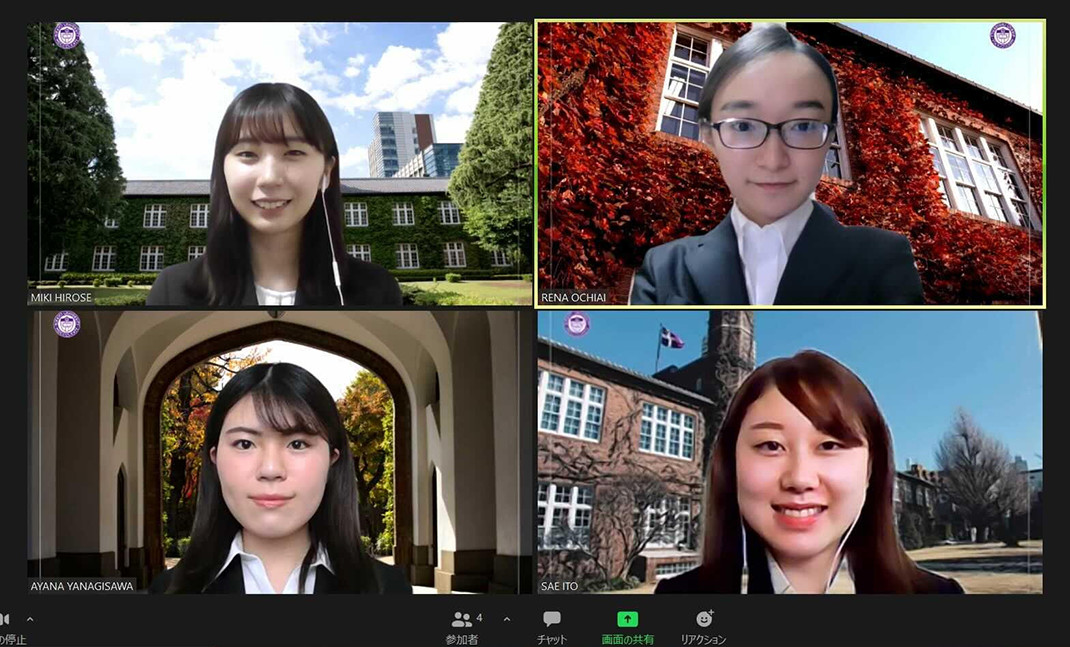 The competition is the world’s largest mock trial event on international law. Participants include students from over 500 law schools and universities in 80 countries. This year’s competition was divided into the Global Round, where all participating teams competed, and national and friendly rounds held in various countries and regions.

The Japan National Round was sponsored by the Japan International Law Students Association and was held as a domestic event. However, the participants used only English in the memorial and oral presentations.

During the competition, oral proceedings were held in a competitive format, based on written arguments of both the applicant and respondent that were submitted by each team in advance. Teams that excelled during the memorial and oral presentations were awarded prizes. Furthermore, participants who were exceptional oral presenters for the applicant and respondent and teams that presented the best memorials also won prizes.

The Iwatsuki seminar team has consistently achieved excellent results during the competition, including first place for best combined memorials in the 2019 national round. This year’s team was also victorious, advancing to the final four in the oral presentation for the first time. Although it failed to make the final, the team was able to finish third in the respondent memorial category.