The College of Richard Collyer and Rikkyo School in England jointly held events to introduce Japanese universities to potential students in the United Kingdom in late September 2019.

The Japanese University Convention was held at the college’s campus in Horsham, West Sussex, on Sept. 27 and the study-in-Japan seminar was given at Rikkyo School in England in Rudgwick, Horsham, on Sept. 28.

In addition to those from Rikkyo University, the events, the first of their kind, were joined by teachers and administrative officials from Tohoku University, Keio University, Ritsumeikan University and Ritsumeikan Asia Pacific University. At their booths, they presented briefings on their schools and answered questions from potential students. The students visiting the booths attentively listened to explanations by the officials and asked various questions in a proactive manner.

At a general briefing for both events, Professor Nobuko Ikeda, vice president of Rikkyo University, who represented the participating Japanese universities, discussed basic information on studying in Japan, the difference between Japanese and British education systems, and the merits of studying in the country. Students and their guardians attending the events were interested in special academic programs of the Japanese universities, in which students can earn degrees using only the English language. The events provided them with good opportunities to consider Japanese universities as candidates to receive higher education in the future.

Rikkyo University is and will be engaging in briefings and seminars on Japanese universities in an effort not only to recruit outstanding international students from the U.K. and other countries, but also to make the university recognized by more people in the world.

The details for both events are as follows:

The event was held at the College of Richard Collyer on Sept. 27 and joined by students and their parents not only from the college, but also from other schools in the U.K. At the convention, general information on studying in Japan and profiles of participating Japanese universities were presented before a question-and-answer session. Also teachers and officials of the participating universities at their booths distributed university brochures to students and answered their questions. Students of Rikkyo School in England also attended the event and interacted with British students by introducing Japanese culture such as customs, food, music and calligraphy to them. 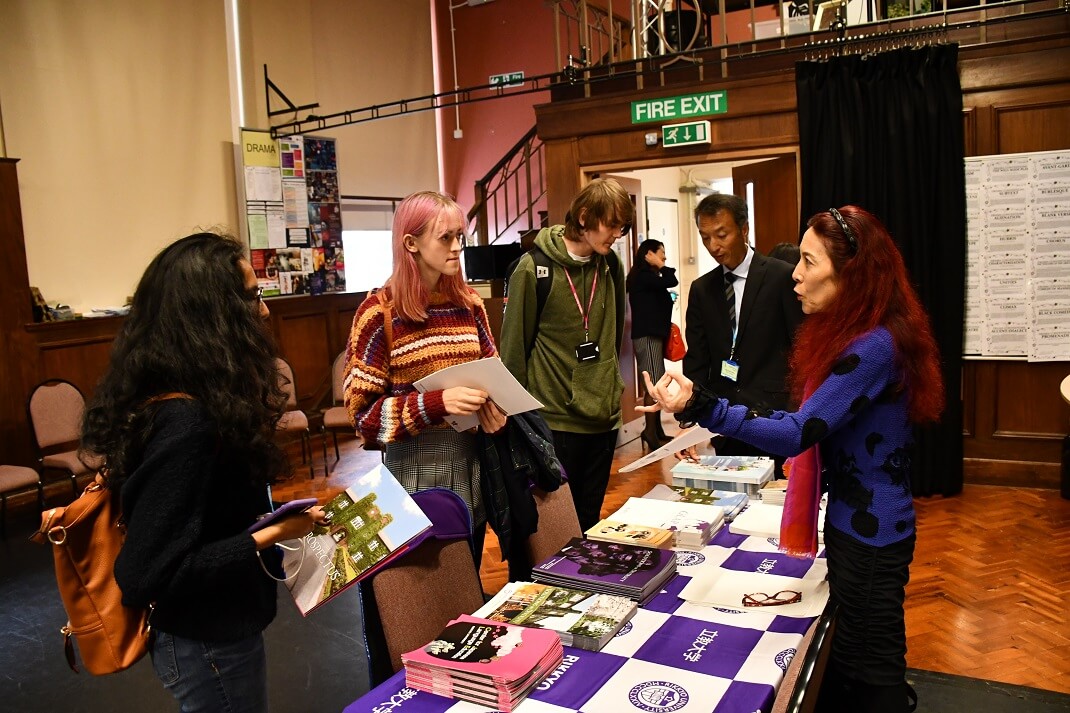 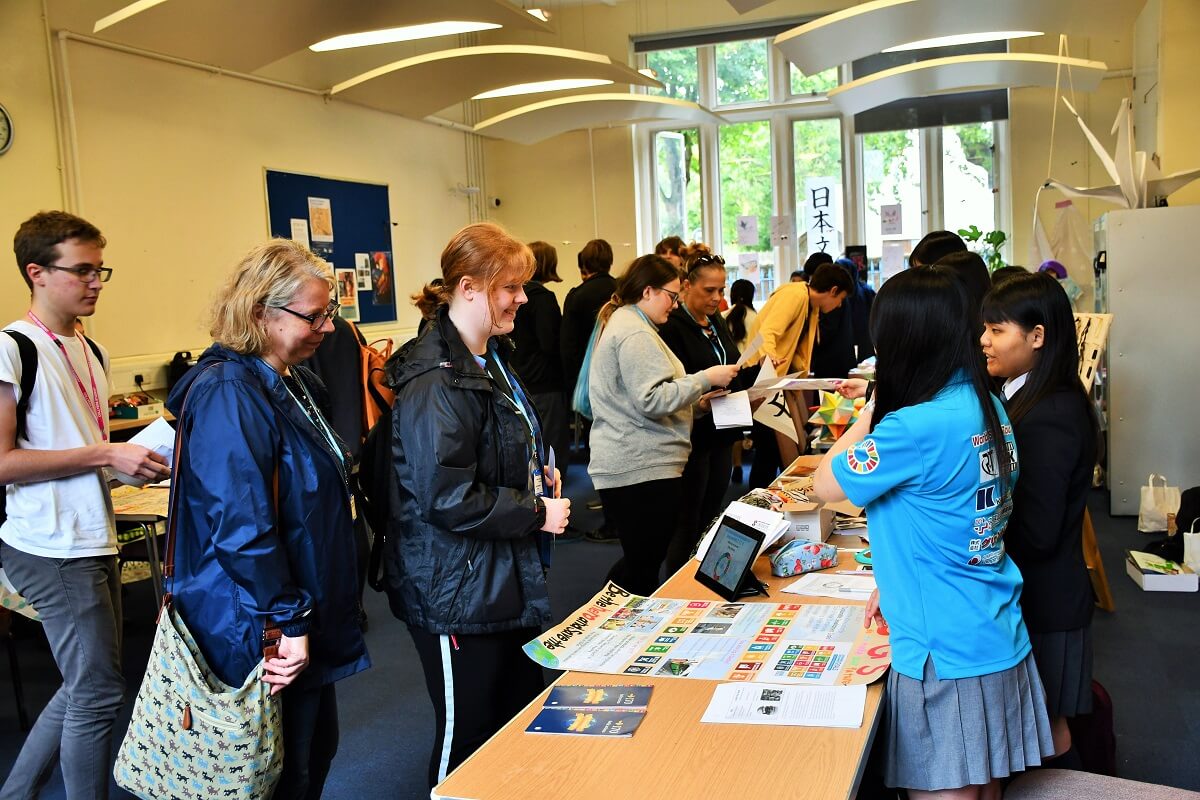 An area where Japanese students introduce their culture to British students 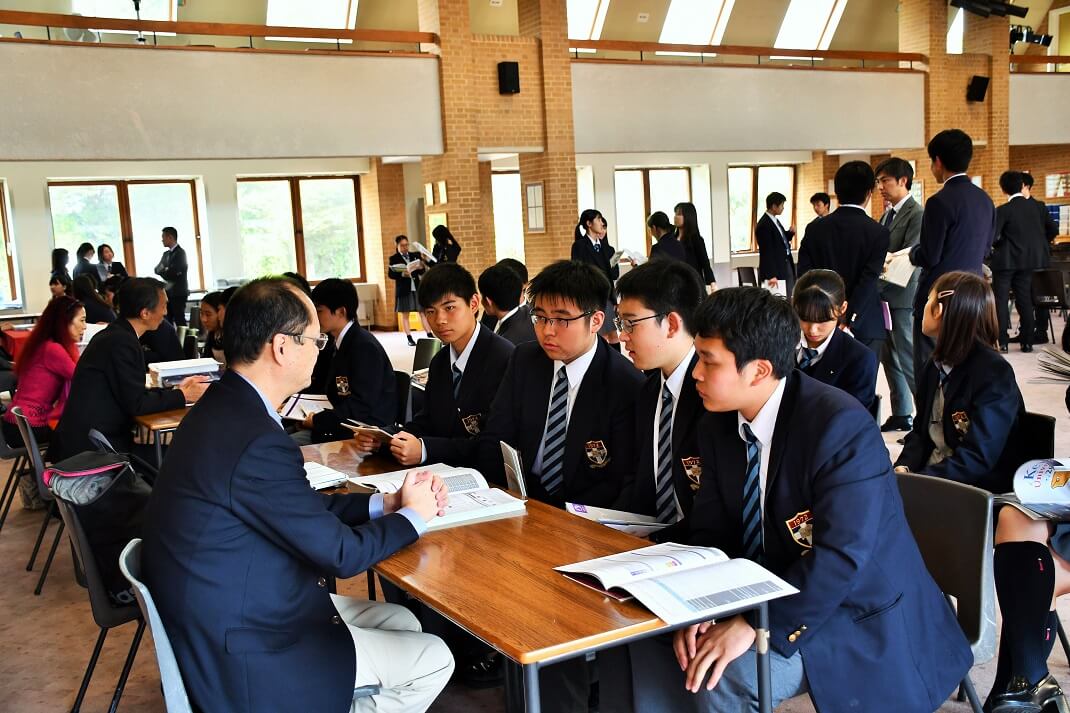 The booth of Tohoku University 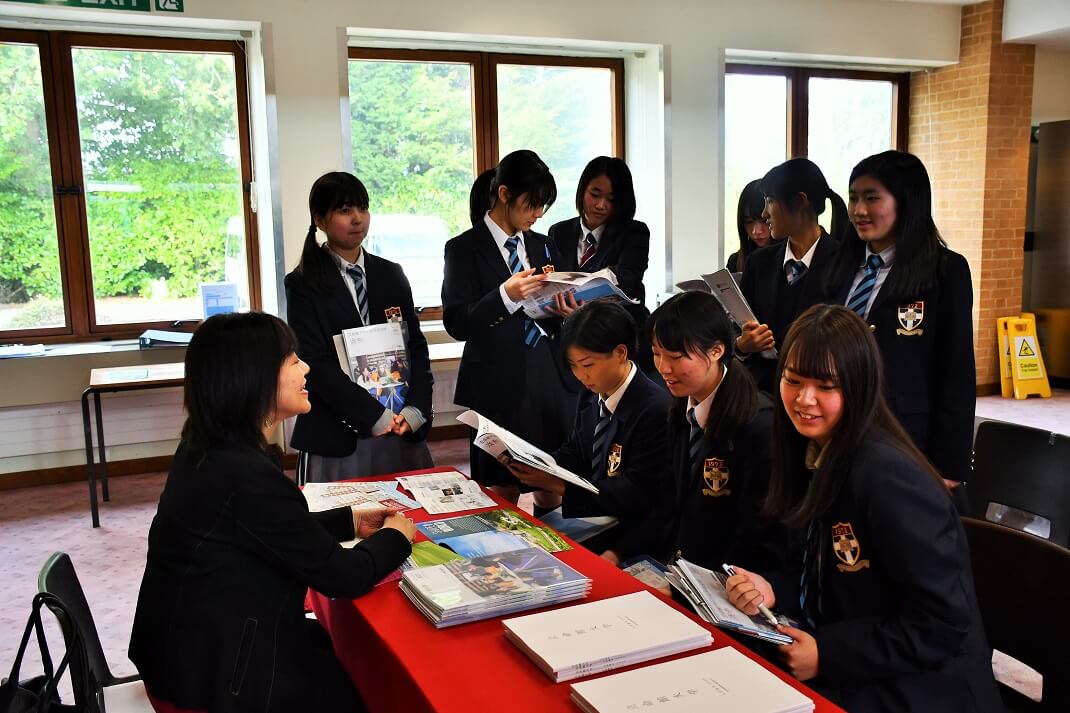 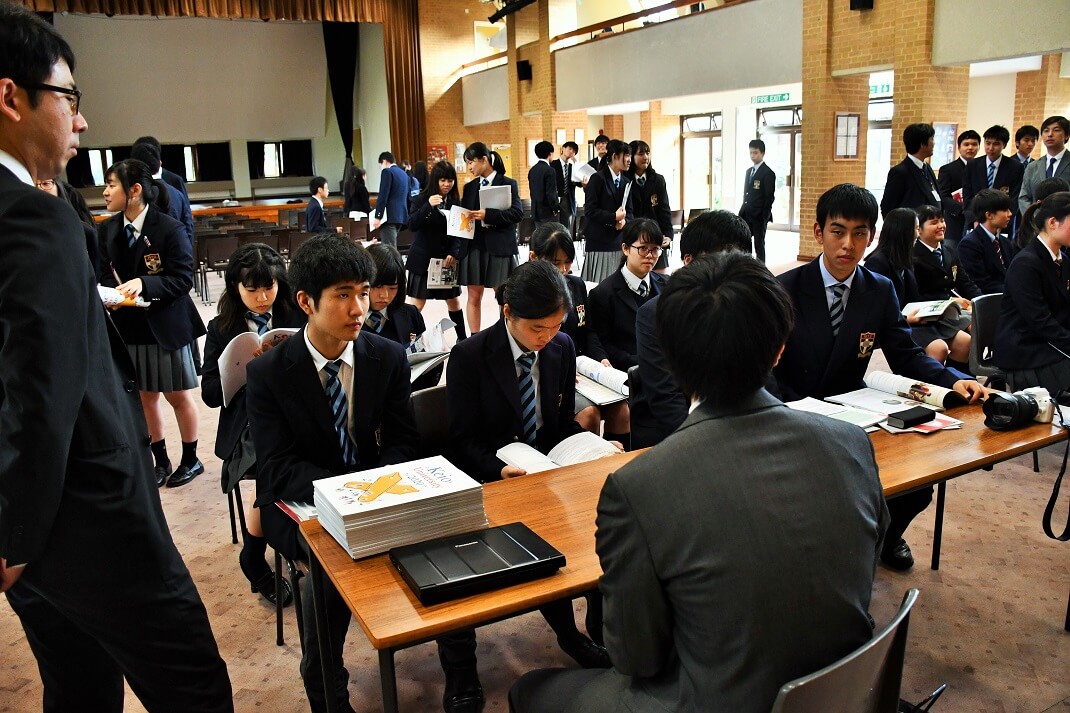 The booth of Keio University 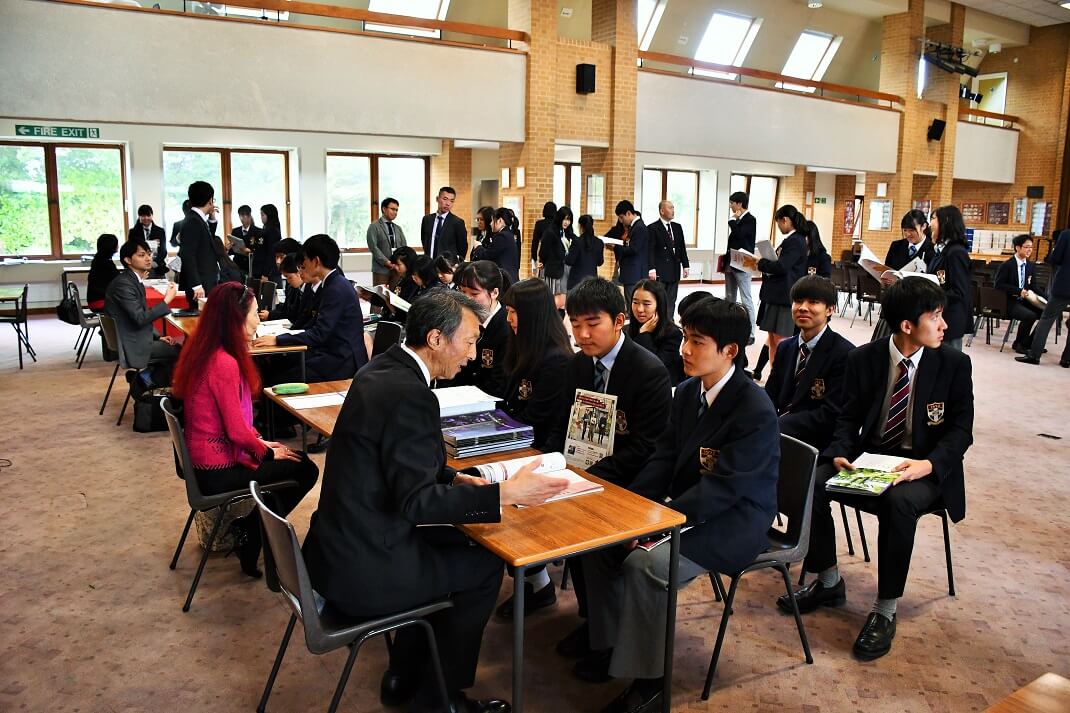 The booth of Rikkyo University