A Brazilian karate team had a training camp on Rikkyo Gakuin’s Niiza Campus in Saitama Prefecture between August 26 and September 4. 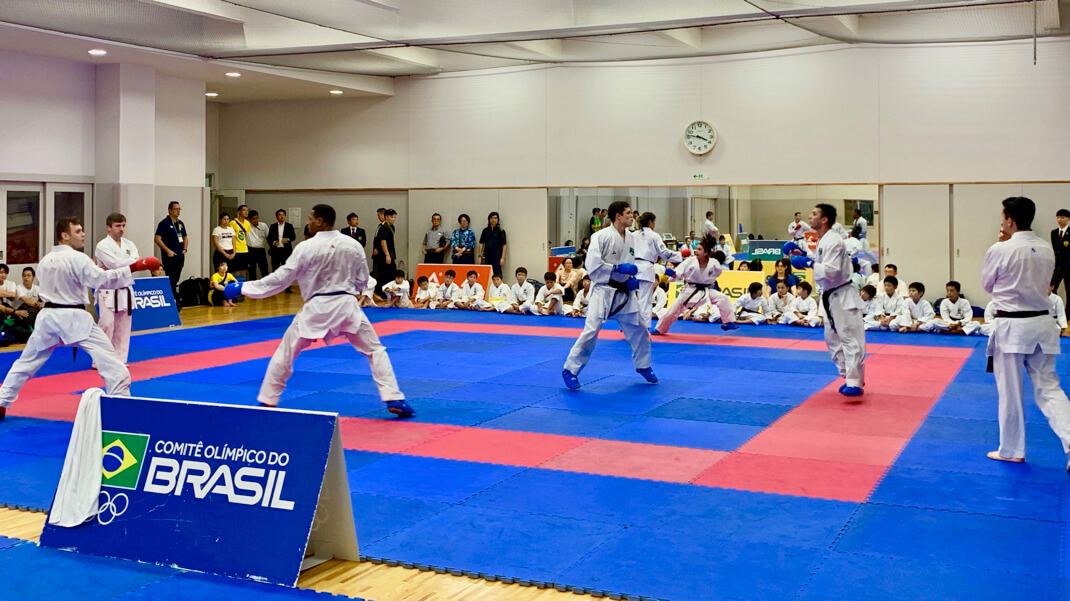 The Brazilian karate team members train at the general-use gymnasium on the Rikkyo Gakuin’s Niiza Campus in Saitama Prefecture. 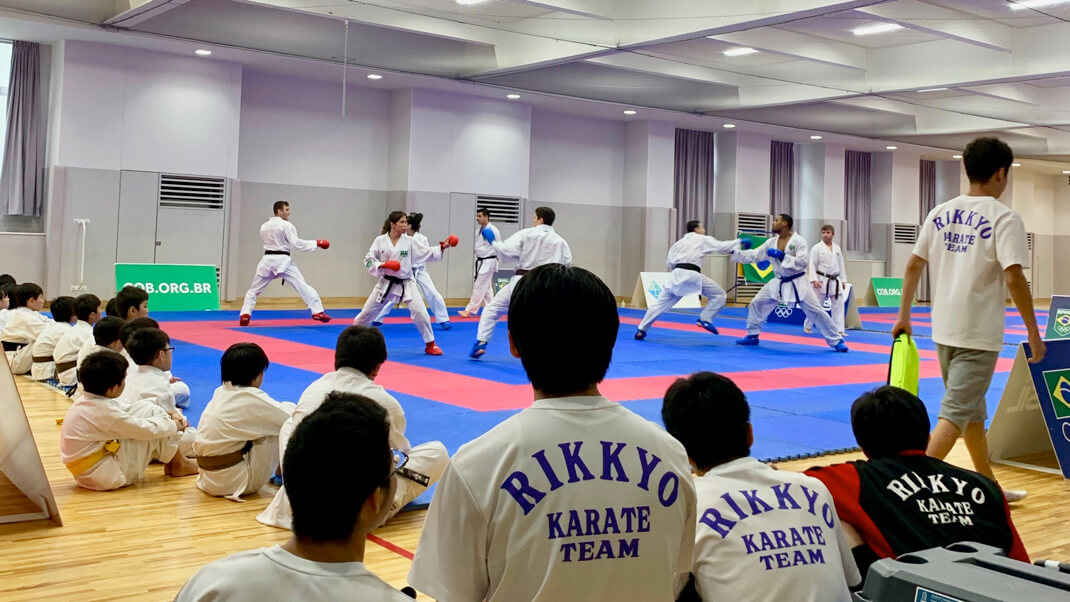 Rikkyo Gakuin, which operates Rikkyo University and other educational institutions, has undertaken the activity of offering training camp facilities to the Brazilian national team for the 2020 Tokyo Olympic and Paralympic Games. This relationship prompted the Brazilian karate team to use Rikkyo Gakuin facilities before attending the Karate1 Premier League Tokyo 2019, an international competition held at the Nippon Budokan hall in Tokyo between September 6 and 8. The team, consisting of eight athletes and six staff members, had a training camp at the general-use gymnasium of the Rikkyo Niiza Junior and Senior High School on the Niiza Campus.
Despite their busy schedule, the Brazilian athletes interacted with local people by, for example, opening a practice session to the members of the karate team of the Rikkyo Niiza Senior High School and young members of the Niiza City Karate Federation.
At the Karate1 Premier League Tokyo 2019, Figueira Vinicius, from the Brazilian team, won the bronze medal in the male kumite-67 kg weight class. 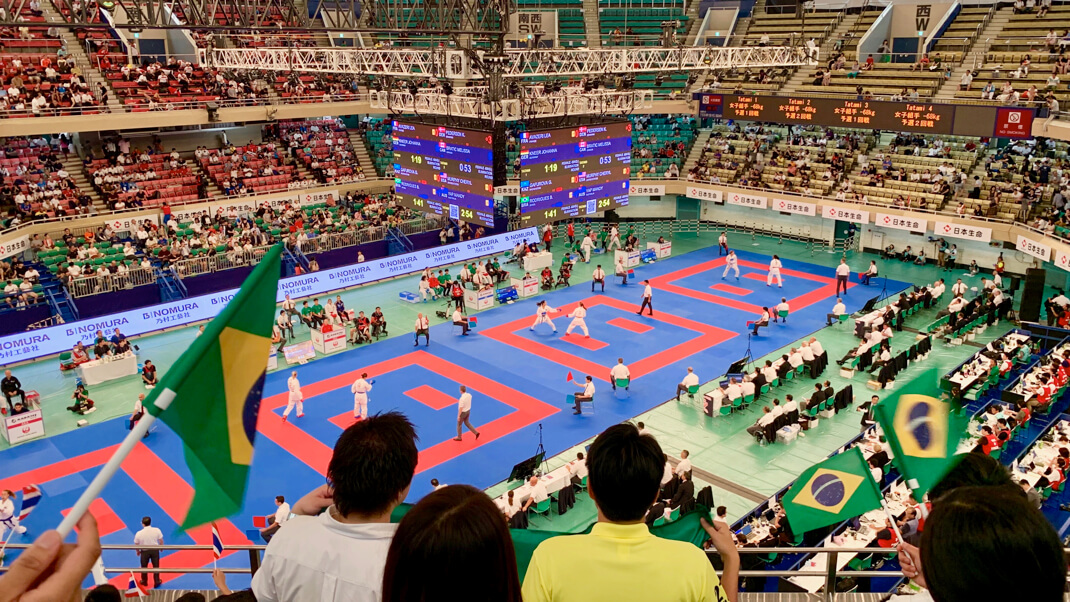 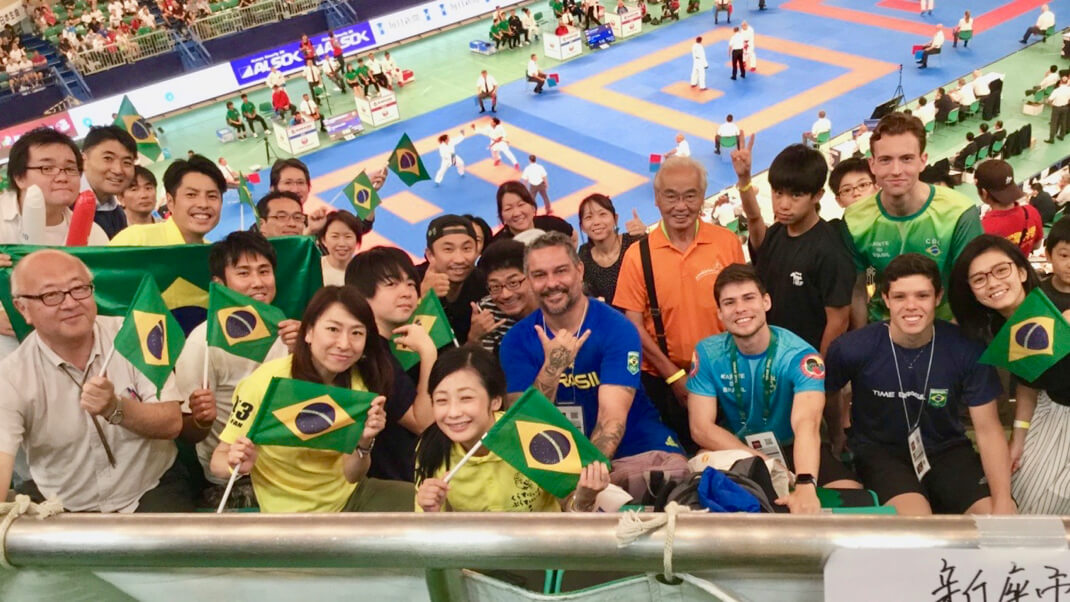 Officials of Rikkyo Gakuin and the Niiza municipal government cheer for the Brazilian team at the Karate1 Premier League Tokyo 2019.