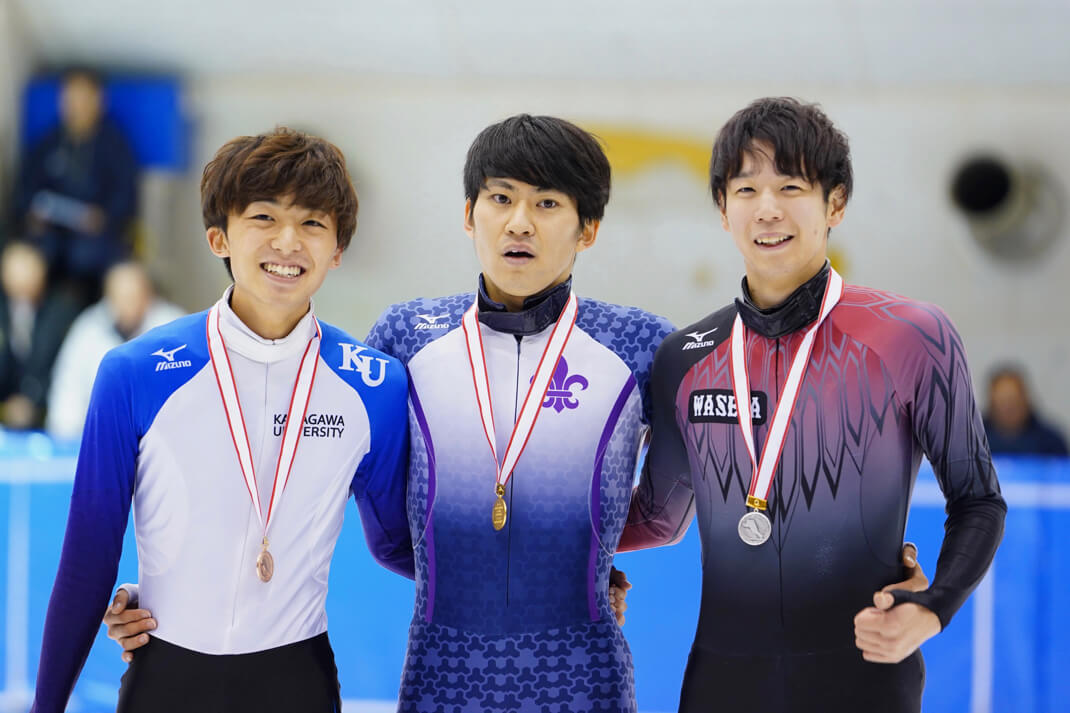 A total of 131 students from 21 universities participated in the tournament, including 96 who competed in men’s short-track speed skating events. Watanabe won the 500m race by clocking 42.437 seconds on October 13, and won the 1,000m race in a time of 1:28.572. He dominated both races and recorded the fastest times in the heats and finals. He won the 500m title despite competing in this event for the first time and won the 1,000m for the fourth consecutive year.

Watanabe trained in South Korea in 2018 to practice with world-class skaters. Expectations are high for Watanabe in the run-up to the 2022 Beijing Winter Olympics.

I concentrated on these races more than ever because this was my last intercollegiate tournament and an unprecedented fourth consecutive win in the 1,000m was at stake. I won both races I entered and secured my fourth straight victory in the 1,000m. I finished my intercollegiate skating career in the best possible fashion and won seven of the eight events I entered during my four years at university.
This achievement was possible only because of the constant support from my family; those cheering for me; friends who helped me as I struggled to balance studying and training; and Rikkyo University, which provided an environment in which I could focus on my skating activities. I will keep training diligently without forgetting all the people who help me chase my skating dream. I truly thank you for your support.