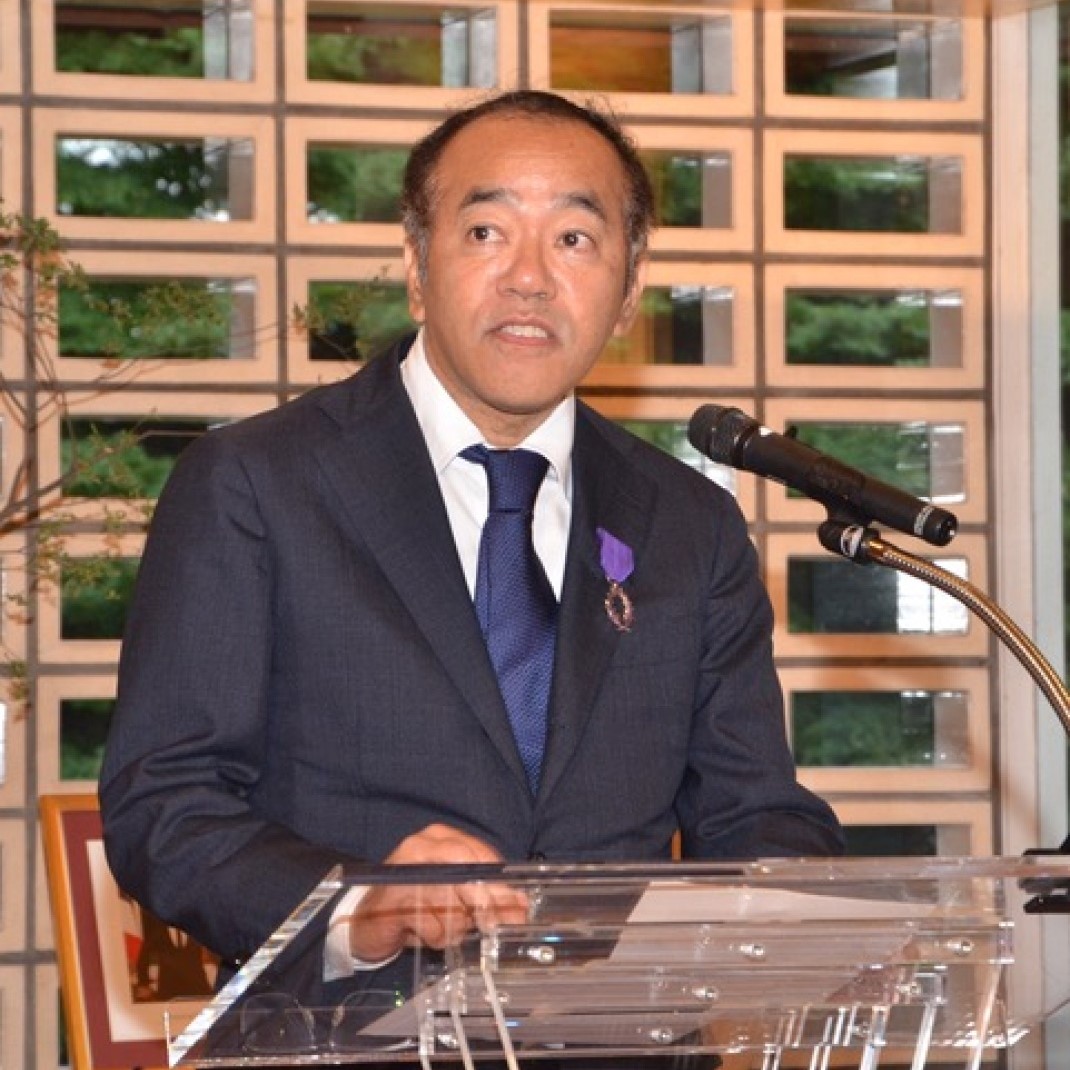 The order was established by Napoleon Bonaparte in 1808 for educators with outstanding records in higher and other levels of education in general. In particular, recipients include those who proactively introduce French language education and academic works to Japan or contribute to cultural exchanges between Japan and France. Professor Sawada received the order for his many years of study on French literature and thought as well as for his efforts to propagate French culture in Japan.

At the bestowment ceremony, French Ambassador to Japan Laurent Pic delivered a congratulatory speech before bestowing the order on Professor Sawada, who later made a speech in kind. Tetsuya Shiokawa, a member of the Japan Academy, proposed a toast to kick off a banquet.