Rikkyo University held a short-term program titled "Program for Development & Planning of Tourism in Japan" from January 28 to February 3, in which 33 students from nine Chinese universities participated. 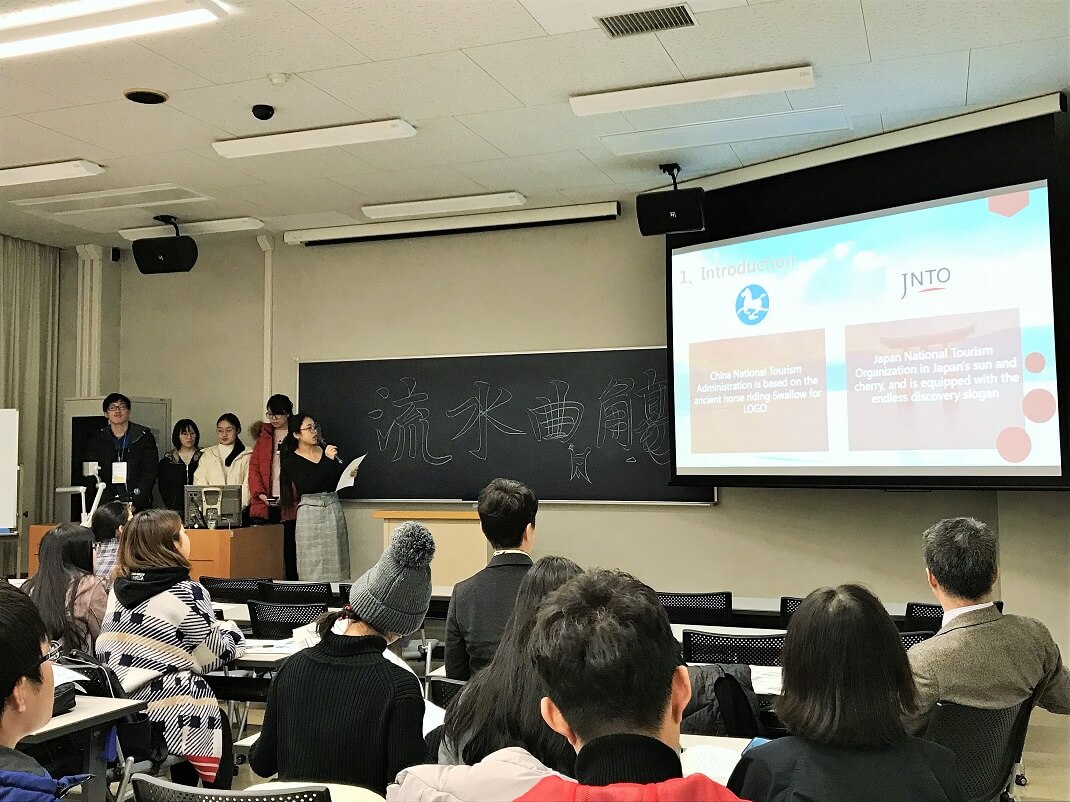 This was the first such program Rikkyo University has offered. Seven faculty members from the College of Tourism gave lectures or guided fieldwork on various topics in English or Chinese. Japanese students from the college participated in some classes and conducted group discussions with the Chinese students in English. The participants actively engaged in classes designed to deepen their knowledge about how Japanese tourism has developed. In the final class, participants were divided into several groups, each of which gave a presentation in English about what they had learned in the program. Several groups compared tourism in Japan and China.

Participants had many opportunities to interact with Rikkyo students during the weeklong program. At an exchange meeting, the students participated in a quiz on Japan and China and experienced Japanese pastimes such as karuta playing cards and a kendama cup-and- ball game. About 25 Japanese students who have studied at Chinese universities with which Rikkyo University has tie-ups, or plan to go to China for language training from late February also took part. They chatted with the Chinese students in Chinese. The exchange meeting was organized mainly by a group of Chinese students enrolled at Rikkyo University, who used their experiences in Japan to serve as a bridge between the Chinese and Japanese students. 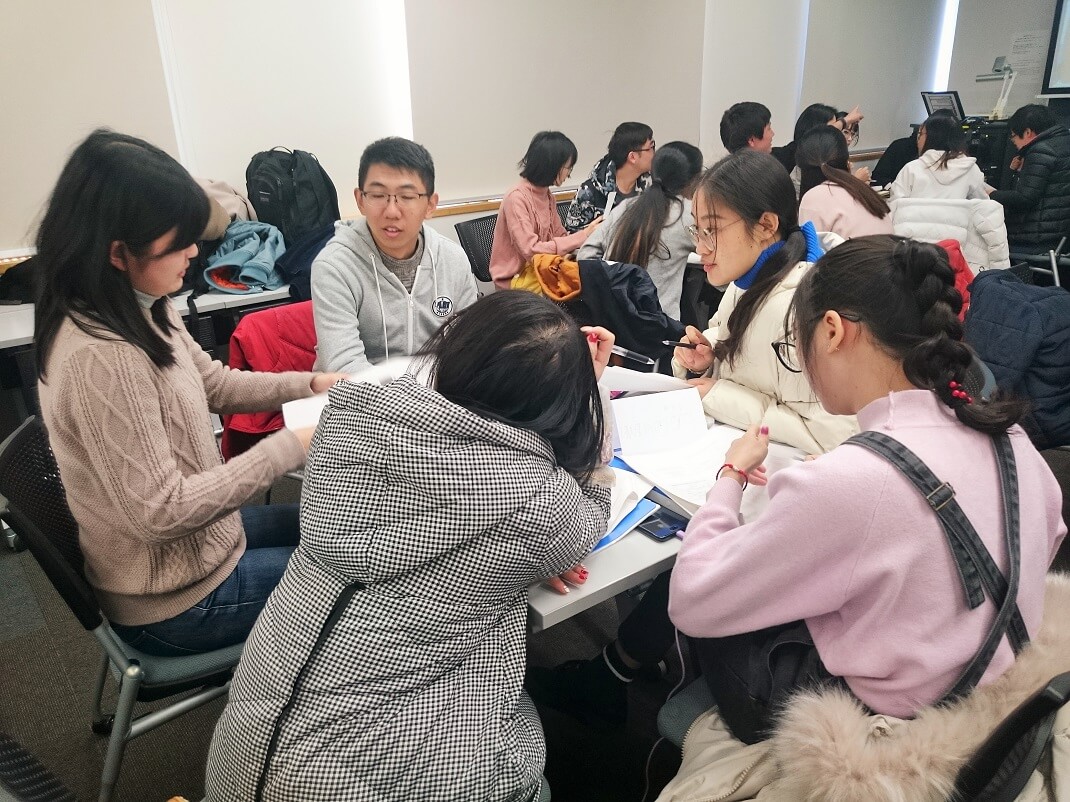 A discussion with Rikkyo students 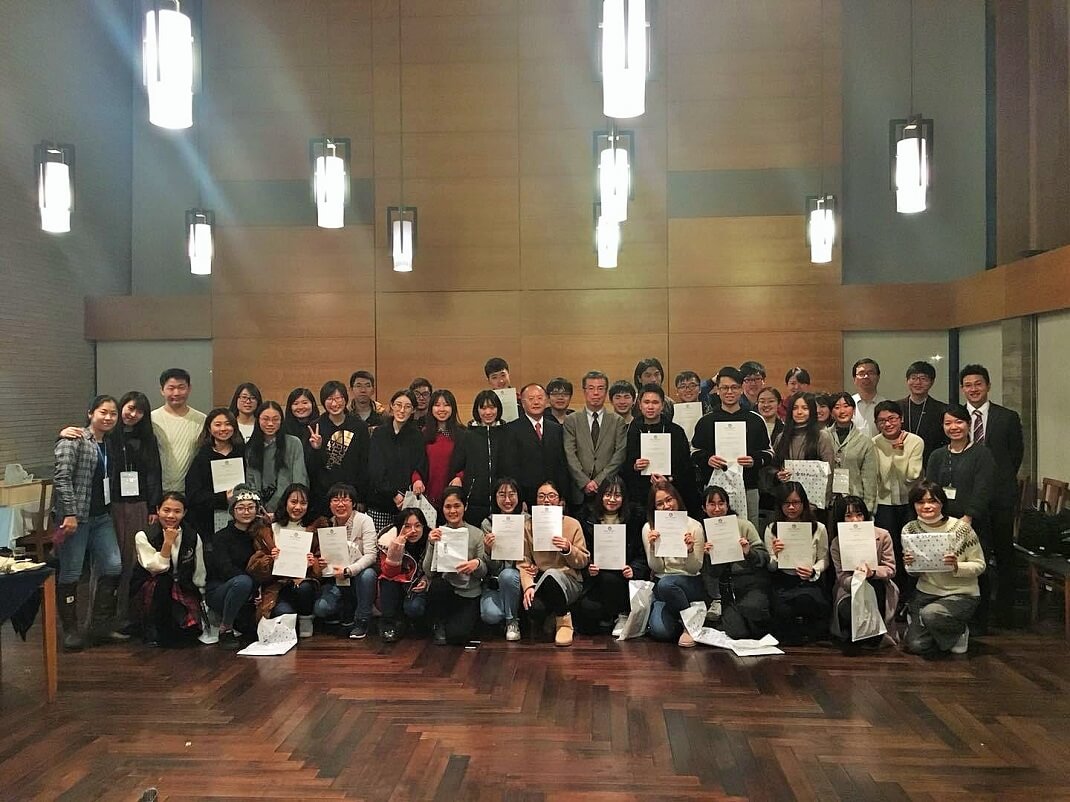