How should humans coexist with AI? Pondering this question from an interpreting and translation perspective

As the number of foreign nationals in Japan grows, demand for interpreting and translation between Japanese and other languages is rapidly rising. The number of foreign visitors to Japan set a record high of more than 30 million in 2018, and that of foreign nationals working here exceeded 1 million in 2016 for the first time. Amid these developments, cutting-edge technologies such as machine translation based on artificial intelligence (AI) are poised to bring sweeping changes to society. What kind of abilities do people need to benefit from AI advances? We asked Professor Kayoko Takeda of the College of Intercultural Communication about the use of AI in interpreting and translation.

How is the interpreting and translation environment changing? 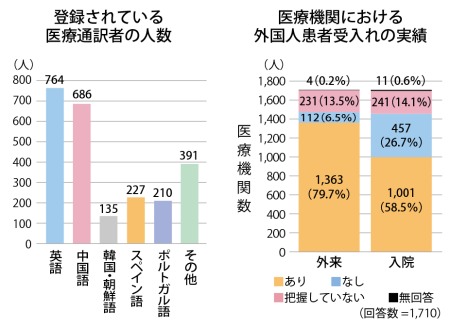 Conventionally, “conference interpreters” have been needed at international conferences and business meetings. More recently, as the number of foreign residents in Japan increased, demand grew for “community interpreters” who assist foreigners living in our communities. For example, these interpreters help foreigners during their daily life, such as when they visit clinics and hospitals or they have to process paperwork for welfare services at municipal government offices. Interpreters also are needed in times of disaster and during court proceedings for foreign defendants and witnesses in criminal cases.

To say my conclusion first, I think AI will coexist with and complement interpreters and translators in certain cases.

MT has evolved from rule-based and statistics-based translation to neural-based, by using AI, resulting in rapidly improving performance. I don’t think AI will replace translators in handling literary works, which have subtle aesthetic aspects and nuances, or movie subtitles, which have various constraints such as number of characters, in the near future. However, I think usage of MT and post-editing (PE) will become standard for industrial translations that deal with technical and business documents. PE means people editing text translated by machines. Who should be doing PE is hotly debated among translation researchers and the industrial sector.

Making a machine do interpreting work is rather complicated. Automatic (machine) interpreting involves converting voice to text, which is then translated by MT and converted into speech of a different language. First of all, accurate voice recognition technology is required, but it is difficult to deal with accents, false starts, backtracking, repetitions and nonverbal communication such as gestures. Furthermore, Japanese has honorifics that can be tricky for machines to fully grasp. Interpreters usually choose suitable levels of politeness and wording while observing the relationship between people involved and other factors, but MT is not good at this task.

Automatic interpreting probably can handle short interactions such as placing an order at a restaurant or asking directions. But conversations featuring spontaneous and consecutive exchanges have many aspects that can be handled only by human interpreters, who have the language ability but also the capability to understand different cultures.

What “interpreting or translating literacy” is needed in this AI age?

People tend to use free online MT services, but they should do this with the understanding that the content they get translated will be stored in the translation service provider’s database. They should be aware of the risk that the content of confidential company documents and personal information could be retained by the provider.

An additional problem is who should be held accountable when MT makes an error, for instance, in medical or court settings, where people’s lives can be at stake. I am concerned that using technologies before such ethical issues are discussed fully could bring significant dangers.

1.There is rising demand for “community interpreters” who address linguistic needs of non-Japanese speakers living in Japan.
2.Although AI’s advances are impressive, it can never fully replace professional interpreters.
3.“Interpreting and translation literacy” is required for using AI effectively.

*This story’s content was accurate at the time of the interview.