Rikkyo University will start a new curriculum for English language education from the 2020 academic year with the aim of developing students who can become global leaders with a command of more advanced English. Moreover, the university will change from conducting its own English examinations to screen students for admission to utilizing English proficiency tests provided by private organizations.* The aim of this change is to facilitate the admission of students who excel in the four English skills – listening, speaking, reading and writing – that are needed to study under the new curriculum. We interviewed Nobuko Ikeda, vice president for international advancement, about the details of the new curriculum and its implications for the entrance examination reform.

*It is possible for applicants to use their Standardized University Entrance Exam English grade. The College of Arts will be an exception and will provide its own English tests for certain examination days. 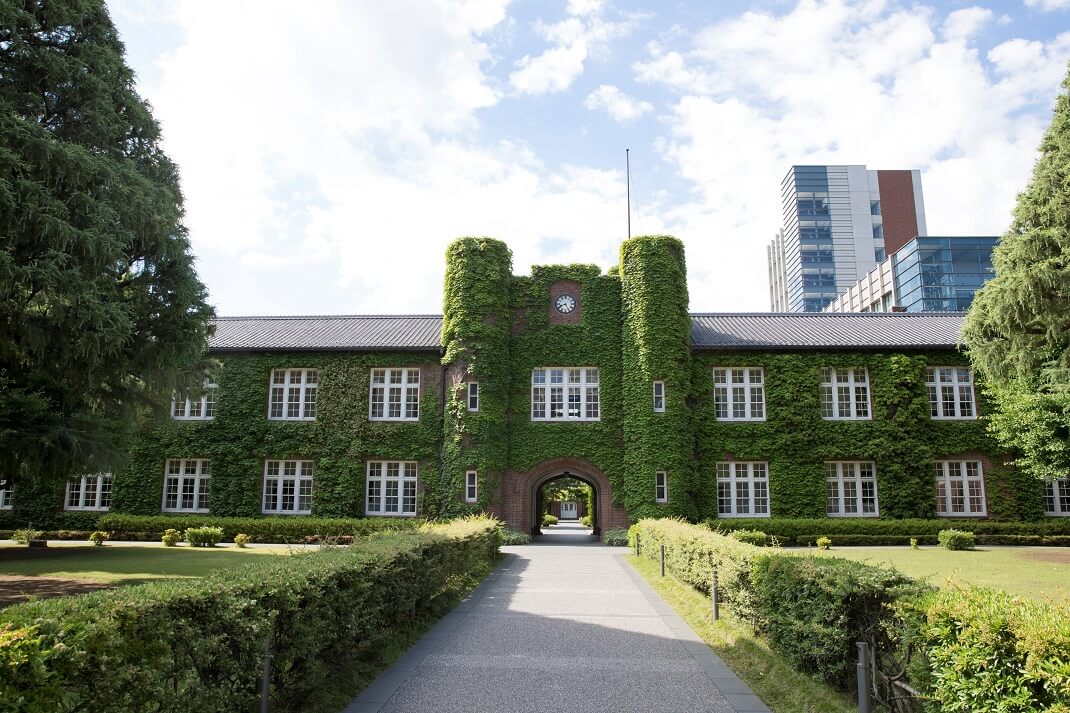 Rikkyo University has promoted internationalization in various fields since 2014, when it launched Rikkyo Global 24, its internationalization strategy in the run-up to the 150th anniversary of its founding in 2024. Since then, it has promoted overseas study for its students and expanded the acceptance of international students. An initiative based on its strategy has been selected by the Ministry of Education, Culture, Sports, Science and Technology for the Top Global University Project. Rikkyo University has geared up its efforts to develop students capable of becoming new global leaders who can “think and act independently and live in harmony with the world.”

The human resources demanded in a globalized society will be those who can use English as a communication tool, work hand-in-hand with other people who have diverse backgrounds and values, and are capable of finding new solutions to problems found in various fields in society. To do this, students need more advanced skills besides merely speaking English. These skills include the ability to think logically, to persuade others, and to discuss specialized subjects, all in English. Under the new curriculum, we will offer a facilitative environment for all students to acquire such skills.

Starting mandatory “English Debate” class in the first year to develop abilities to think critically and logically through debating in English.

The new curriculum for English education has two pillars. One is the introduction of an “English Debate” class as a prerequisite for first-year students. The other is to reform our English curriculum for students from the second to fourth-year in order to develop their abilities to use English in their specialized areas.

Regarding the first of these pillars, the English Discussion class, which had thus far been provided throughout the year, will instead be conducted during the spring semester for all first-year students. For the fall semester, we will newly offer the English Debate class.

The Discussion class, in which students talk about familiar issues in English, has been highly evaluated as a program unique to Rikkyo. One reason for this reputation is due to the course’s effectiveness in encouraging students unfamiliar with oral skills to become willing to have conversations in English.

However, 10 years after the class was first introduced, students are now required to have skills a step higher than merely engaging in English conversation. Those skills are called the basic abilities for working adults or skills for the 21st Century, which are the abilities to think independently, look at things critically, and develop arguments while talking to counterparts. So, in order to have our students develop these abilities, we decided to offer the new English Debate class in addition to the English Discussion class.

In the Debate class, around 20 students will conduct a debate between supporters and opponents on selected social and other issues. We will give students time to prepare for the debate in a session beforehand, and time to reflect on their performance in a session afterward. To engage in debate, they must not only speak in English, but also understand what their counterparts are asserting and make counterarguments accordingly. They also need evidence to back up their arguments. We would like all students to acquire the abilities to think critically and logically, gather information and build up constructive arguments with others in the first year by attending the class.

Furthermore, the e-learning course, which is also a prerequisite for first-year students, will change from the 2020 academic year. So far, we have offered the class at a university classroom equipped with PCs, but under the new curriculum, students will basically study the subject at home. Whenever they do attend a class, they will engage in activities based on the pre-learned content. We plan to change the teaching materials to those designed to improve their TOEIC (Test of English for International Communication) scores to better clarify the purposes of learning.

Another characteristic of the new curriculum is to offer courses where students learn specialized fields in English. What is the goal for students, continuously learning university-level English language beyond the second year after having learned the prerequisite subjects in the first year? We believe it is the ability to learn a specialized field of their major through English with an eye on using their expertise to do well in the global environment upon graduation. To realize this, we plan to further expand English as a Medium of Instruction (EMI) subjects, which each college and department offer.

But it is difficult for students to learn such specialized subjects in economics or law in English all of a sudden. So, we will gradually increase contents related to the specialized domains of their colleges in their prerequisite English classes, such as the discussion and debating classes. The next step is the introduction of Content and Language Integrated Learning (CLIL) subjects for the second year and beyond. As the name suggests, CLIL is a new educational approach that has recently been attracting much attention, and combines the content in specialized subjects or domains with language learning. Through the CLIL subjects, students will acquire fundamental abilities to study the specialized domains of their majors by learning technical terms and concepts related to their specialized fields in English.

The CLIL subjects will serve as a bridge to the EMI subjects. They will be offered in stages from the 2021 academic year as elective subjects for all students. The full range of CLIL subjects are scheduled to start from the 2024 academic year. The subjects will be divided into two levels – introductory and intermediate. The subjects in the introductory level involve the three domains of humanities, social sciences and natural sciences, while the subjects in the intermediate level will be offered by using contents in tandem with each college.

To develop their English communication skills and the ability to think critically through the prerequisite subjects in the first year, students are expected to stand at the gateway to learn specialized fields in English. From the second year, they will take appropriate CLIL subjects according to their English proficiency levels and gradually heighten knowledge of their specialized fields. They will finally advance to take EMI subjects. In this way, students will be able to continuously and gradually advance their levels of learning from the first- to fourth-year under the new curriculum, while having clear purposes for their learning.

To learn effectively under the curriculum, students are required to be armed with well-rounded listening, speaking, reading and writing skills before entering the university. This is because they must use English to be able to take the prerequisite classes smoothly in the first year. Regrettably, however, there is a limit in gauging such skills in the present form of entrance tests offered by individual universities. As a result, we decided to abolish our own English tests for all entrance examination methods for applications for the 2021 academic year and beyond. Instead, we will introduce the utilization of English proficiency tests provided by private organizations that can appropriately gauge the four skills.*

*It is possible for applicants to use their English grade of the Standardized University Entrance Exam. The College of Arts will be an exception and provide its own English tests for certain examination days.

Rikkyo’s internationalization education will advance to a new stage with the reform of the English language curriculum and the associated revamp of the entrance examination system. At the same time, we will further expand the acceptance of international students and increase opportunities for our students to take classes together with those from diverse backgrounds. We are committed to making further improvements to our educational content to allow students to learn from one another by using English in an environment of diversity; an environment that will generate a synergistic effect for them.

Born in 1961 in Akita Prefecture. Graduated from the College of Liberal Arts, International Christian University (ICU), in March 1986. Withdrew from the doctorate program on audiovisual education at the ICU Graduate School in January 1997. She has a Ph.D. in pedagogy. After serving as an assistant professor at the International Student Center at Kyushu University, she became an assistant professor at Rikkyo University’s College of Economics in October 2002. She became a professor at the college before assuming the professorship at the College of Intercultural Communication in April 2008. She served as dean of the College of Intercultural Communication between April 2012 and March 2018. In April 2018, she took up the position of vice president for international advancement. She is specialized in Japanese language education, the development of pedagogical methods, the internet, learner profile attributes and pedagogy.