Rich with tradition and history, Rikkyo is supported by its founding principles, and the activities of the chapels directly practice these principles. In addition to the various services carried out at the chapels, the adjacent Chapel House also sometimes carries out a Bible Study Group, and there are full-time chaplains to provide help for a variety of counseling matters or questions.
Chapels and Services The Episcopal Church

A chapel is a place of prayer and worship adjoining facilities such as schools or hospitals. Rikkyo Gakuin has three chapels, located in Ikebukuro (All Saints Chapel), Niiza (St. Paul's Chapel), and the Primary School (All Angels’ Chapel). These chapels exist for all people associated with Rikkyo Gakuin, and in addition to the daily services and lessons taking place, there are also events such as concerts. We will introduce the chapels located at the Ikebukuro and Niiza Campuses here. All people are welcome to participate or watch services, so please feel free to attend. 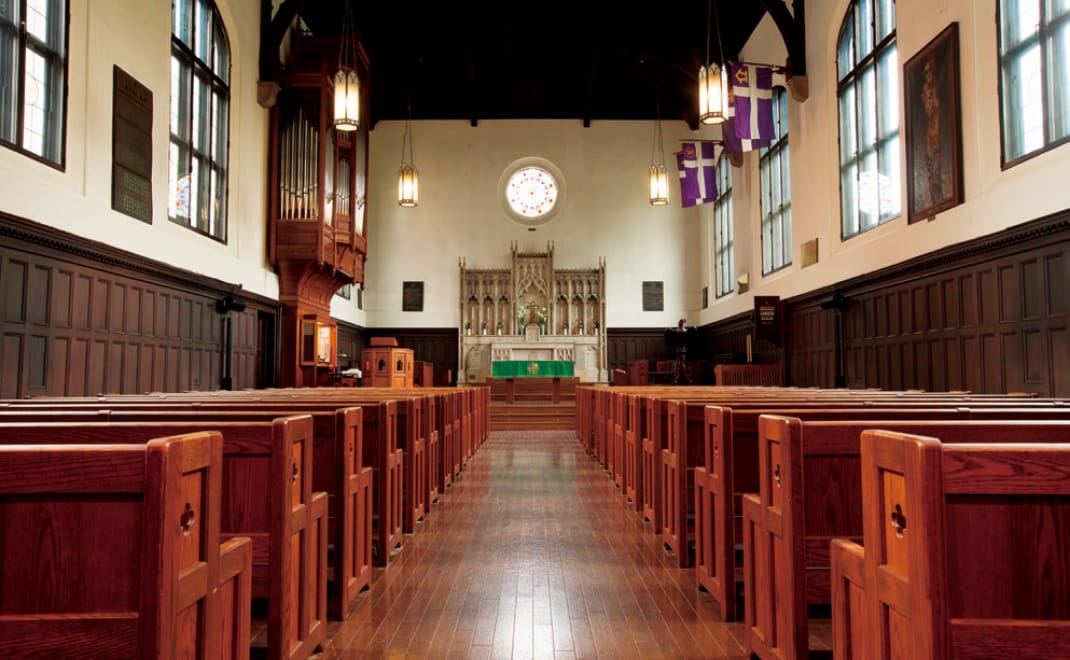 All Saints Chapel was built around the same time as Morris Hall (the main building) and the main library, with construction completing in 1918. Only the chapel was built at first, with the west waiting room, gallery, and balcony above entrance (choir stalls) featured in its current form added later. In 1996, parts such as the brickwork and roof were renovated, and through base isolation work taking place from 1998 to 1999, the building became able to withstand an earthquake of the same class as the Great Kanto Earthquake. In 1999, the building was selected as a historic building of the Tokyo Metropolitan Area. 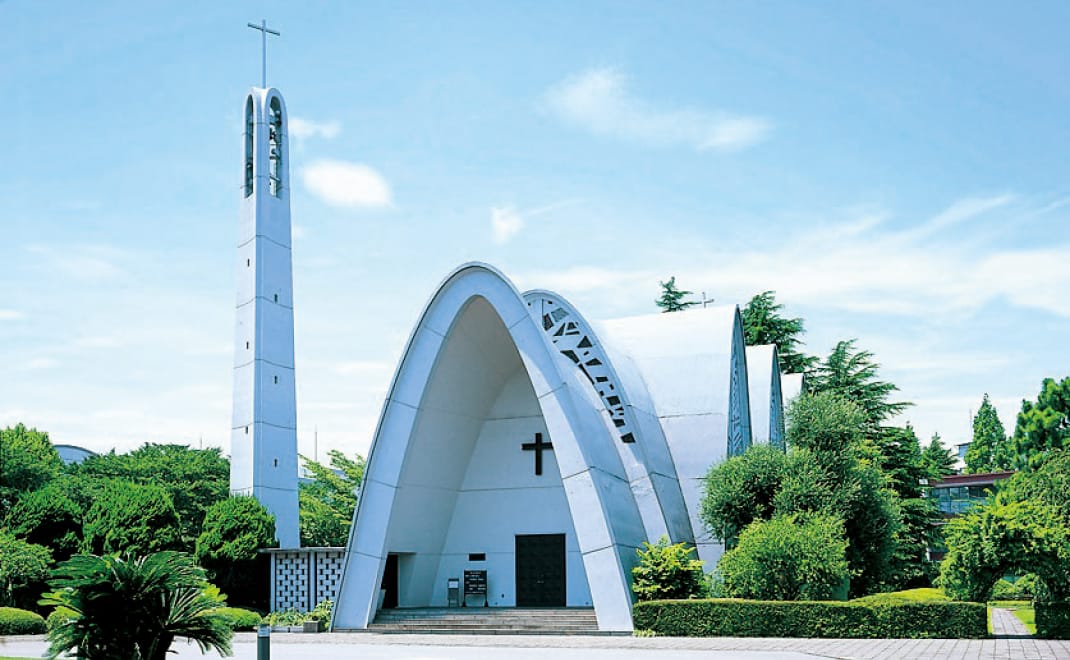 Located just between the Niiza Junior and Senior High Schools and the University, St. Paul's Chapel is the face of the iconic view leading in from the main gate. The building was designed by the architect Antonin Raymond, and completed in 1963. There is a gallery on the left side of the chapel leading to Chapel House, and when seen from above, the gallery has a five-sided shape that represents “Ritsu,” the first character of the University’s name. The bell tower standing in the lawn surrounded by the gallery stands at 31 meters tall. Large, medium, and small bells announce the times for services.
Information on chapel closing times

Monday to Friday: 17:00; Saturday: 12:30
* Please be aware that the chapel may close early, or be closed all day during the spring, summer, fall, or winter recesses of the University (please inquire for details).
* The chapel is closed on holidays (excluding University school days) and during the University entrance exam period (early to mid-February).

Monday to Friday: 17:00; Saturday: 13:00
* Please be aware that the chapel may close early, or be closed all day during the spring, summer, fall, or winter recesses of the University (please inquire for details).
* The chapel is closed on holidays (excluding University school days) and during the entrance exam period for the University/Niiza Junior and Senior High Schools (from the end of January to early to mid-February).
Information on Services

【Early morning Communion】Typically from 7:00 every day (excluding University-wide holiday period)
Communion is a service that has been carefully observed by the Church since its foundation, and is also called Mass.

【Evening Prayer】 (Thursdays during class period) 17:15 ～ 18:00
Chaplain’s message on the Bible with hymn and organ 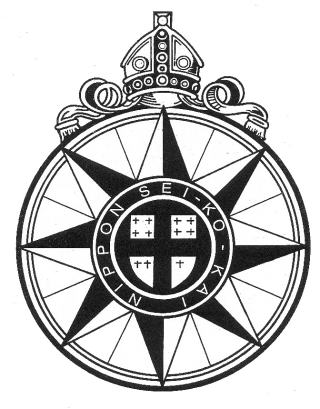 The original school from which Rikkyo University evolved was founded by Bishop Channing Moore Williams. Bishop Williams had been sent to Japan from the United States as a missionary in 1859, at a time when Christian teaching in Japan was still prohibited. Rikkyo University maintains close ties with the Episcopal Church (and the Anglican Church in England) global network to this day.

Historically, the Episcopal Church is a branch of Christianity that dates back to the Reformation in sixteenth century in England. The Episcopal Church is said to embrace both the traditions of the Roman Catholic Church and the beliefs put forth by the Protestant Reformation (which forms the spirit of the Protestant Church). Episcopalians value a balance between the Bible, tradition, and reason. The Chapel of Rikkyo University is among the thirty-three churches and nine chapels (located in hospitals, schools, and other facilities) that make up the Tokyo Diocese of the Anglican-Episcopal Church of Japan.